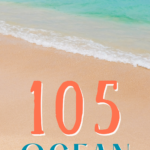 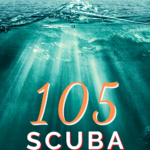 If you feel like a dive underneath the ocean is like traveling to another wonderful planet, then you will appreciate these scuba quotes that celebrate the beauty and peacefulness of underwater exploration.

Whether you are an avid scuba diver or are inspired to take up the hobby after getting your first glimpse of the beautiful underwater world, you will find inspiration from these quotes.

Many of the quotes are simply about the beauty of the oceans, seas and water that still is a mystery to most of us. Let these wise words inspire you to protect and defend these mysterious ecosystems we know so little about.

It’s another world, what the sea gives us. It’s a paradise. – Tito Ramirez Rivas

Limitless…the waters are the beginning and end of all things on Earth. – Heinrich Zimmer

There have been more people on the surface of the moon than to the bottom of the Mariana Trench. – James Cameron

On the surface of the ocean, men wage war and destroy each other…just a few feet beneath the surface, there is a calm and peace, unmolested by man. – Jules Verne

The deeper we go the smaller the life forms… – James Cameron

We ourselves feel what we are doing is just a drop in the ocean. But the ocean would be less because of that missing drop. – Mother Teresa

Either you decide to stay in the shallow end of the pool or you go out in the ocean. – Christopher Reeve

Dive in the ocean, Leave and let the sea be you. – Rumi

In the ocean of baseness, the deeper we get, the easier the sinking. – James Russell Lowell

This is my church. Down here you feel the power of nature’s imagination… – James Cameron

Humans are the only creatures with the ability to dive deep in the sea, fly high in the sky, send instant messages around the globe, reflect on the past, assess the present and imagine the future. – Sylvia Earle

Be formless, shapeless, like water. Be water, my friend. – Bruce Lee

When life gets you down, you know what you gotta do? Just keep swimming. – Dory from Disney-Pixar Finding Nemo movie

Jacques Cousteau is a French explorer who pioneered scuba gear. The avid conservationist explored the world’s oceans in the late 20th century. His exploration, and insights into the underwater world, educated and inspired millions of people around the globe and was a catalyst for protecting the bio-diversity of the oceans. The following are famous Jacques Yves Cousteau quotes:

A lot of people attack the sea. I make love to it.

The sea once it casts its spell holds one in its net of wonder forever.

The sea, the great unifier, is man’s only hope…we are all in the same boat. – Jacques Yves Cousteau

From birth, man carries the weight of gravity on his shoulders. …But man has only to sink beneath the surface and he is free.

The best way to observe a fish is to become a fish.

The sea…is man’s only hope. Now…the old phrase has a literal meaning: we are all in the same boat.

Mankind has probably done more damage to the Earth in the 20th century than in all of the previous human history.

Every time you dive, you hope you’ll see something new – some new species. Sometimes the ocean gives you a gift, sometimes it doesn’t. – James Cameron

I love all the unique things you see on each dive. Millions of little aquatic soap operas playing out between all the creatures. – Kirsten Hubbard

To breathe underwater is one of the most fascinating and peculiar sensations imaginable. – Tec Clark

It’s a beautiful thing, diving into the cool crisp water…to pull your body through the water and the water opening up for you. – Dawn Fraser

Something…happens to a diver’s emotions underwater. It is not merely a side effect…of water pressure on the body. Nor is it alone the peculiar sense of weightlessness, which permits a diver to hang motionless in open water. – Barry Lopez

When men come to like a sea life, they are not fit to live on land. – Samuel Johnson

And the silence. Well, it’s not really silent down there, but the roar of bubbles blocks any other sound….. – Kirsten Hubbard

A beach is not only a sweep of sand, but shells of sea creatures, the sea glass…washed up by the ocean. – Henry Grunwald

Be alone with the sea for it is there you will find answers to questions you didn’t realize exist. – Khang Kijarro

No water, no life. No blue, no green. – Sylvia Earle

We have the responsibility to care for the ocean as it cares for us. – Suzanne van der Veeken

Fish aren’t made to be in a box, kid… – Gill, from Disney-Pixar Finding Nemo movie

Health to the ocean means health for us. – Sylvia Earle

I do an awful lot of scuba diving. I love to be on the ocean, under the ocean. I live next to the ocean. – Director James Cameron

Underwater I hear the water coming to my body, I hear the sunlight penetrating the water. – James Nestor

Take a course in good water and air…Go quietly, alone; no harm will befall you. – John Muir

In diving to the bottom of pleasure we bring up more gravel than pearls. – Honore de Balzac

I’d have been hanging meat all of the sub if I thought there’d be a 60-foot shark or squid down there. – James Cameron

It was the Law of the Sea, they said. Civilization ends at the waterline. Beyond that, we all enter the food chain, and not always right at the top. – Hunter S. Thompson

The sea is an underwater museum still awaiting its visitors. – Phillip Diole

I’m hopeful that we’ll be able to study the ocean before we destroy it. – James Cameron

The sea is the only embodiment of a supernatural and wonderful existence. It is nothing but love and emotion; it is the Living Infinite. – Jules Verne

To me, the sea is a continual miracle; The fishes that swim, the rocks, the motion of the waves, the ships, with men in them, What stranger miracles are there? – Was Whitman

These short and inspiring quotes and captions are perfect for social media captions about scuba diving, the oceans and life on the water. If you are looking for wise words that sum up your love of life on and under the water, these are perfect for you!

The cure for anything is salt water: sweat, tears or the sea. – Isak Dinesen

I’m just a drop in the ocean.

Every time I slip into the ocean, it’s like going home. – Sylvia Earle

In one drop of water are found all the secrets of all the oceans. – Kahlil Gibran

High tide or in low tide, I’ll be by your side. – Singer Bob Marley

The waves of the sea help me get back to me. – Jill Davis

I find the lure of the unknown irresistible. – Sylvia Earle

I’d rather be scuba diving.

The world’s finest wilderness lies beneath the waves. – Wyland

On the beach, you can live in bliss. – Dennis Wilson

Touch the sun, and immerse in the sea. – Rumi

Scuba diving is my therapy.

Friends, sun, sand and sea…sounds like summer to me.

The ocean stirs the heart, inspires the imagination and brings eternal joy to the soul. – Robert Wyland

Everybody needs beauty as well as bread…where nature may heal and give strength to body and soul. – John Muir

For the rich, there is therapy. For the rest of us, there is scuba diving!

One of the most well-known and most feared animals under the ocean are sharks. Scuba divers will be the first to tell you that humans don’t really need to be afraid of sharks. They are animals that co-exist with human visitors in their world. These shark quotes will calm your fears about swimming with sharks.

You’re more likely to drown in the sea of sameness than get eaten by a shark while navigating new waters. – Amy Jo Martin

Instead of squirreling away your earnings early in your career, spend on experiences that will enrich your life, like diving with great white sharks. – Blake Mycoskie

Turns out, I couldn’t catch them – or even get close to them. I realized that sharks are amazing, beautiful animals who have absolutely no interest in checking me out. – Malin Akerman

Sharks aren’t the monsters we make them out to be. – Yasmine Hamdi

I don’t think you can be a diver without a shark on the list. – Natalie Dormer

Sharks are beautiful animals…if you’re lucky enough to see lots…means that you’re in a healthy ocean. You should be afraid if you are in the ocean and don’t see sharks. – Sylvia Earle

I’ve seen sharks in the ocean, it hasn’t made me get out of the ocean, that’s for sure. – Luke Hemsworth

Sharks are the lions of the sea. They glamorize the oceanic glory. – Munia Khan

Sharks have everything a scientist dreams of…! – Peter Benchley

Sharks are the criminals of the sea. Dolphins are the outlaws. – Tom Robbins

No, the shark in an updated JAWS could not be the villain; it would have to be written as the victim, for, worldwide, sharks are much more the oppressed than the oppressors. – Peter Benchley

I want to do things – scuba diving, sky diving…living life to its fullest… – Teri Polo

My favorite thing to do on this planet is to scuba dive. – Astronaut Buzz Aldrin

For most people, this is as close to being an astronaut as you’ll ever get. It’s leaving planet Earth behind and entering an alien world. – Mary Frances Emmons

Diving is a leap of faith plus gravity. – Gabrielle Zevin

The thing I love about diving is the flowing feeling. – Linus Torvalds

There are two types of divers: Those who pee in their wetsuit and those who lie about it. – Unknown

I just learned how to scuba dive. I’d been scared to rely on one little air host for oxygen, but swimming with all those fish is exhilarating. – Actress Cheryl Hines

As every scuba diver knows, panic is your worst enemy… – Daniel Dennett

Why is it that scuba divers and surfers are some of the strongest advocates of ocean conservation? Because they’ve spent time in and around the ocean. – Sylvia Earle

Hooking on scuba gear and blindly diving into zombie-infested water is a wonderful way to mix the two childhood terrors of being eaten alive and drowning. – Max Brooks

Why do scuba divers fall backward off a boat? Because if they fell forwards they’d still be in the boat. – Mark Hoppus

Most of the problems in scuba diving come from ourselves. – Jim Crockett

The key to enjoying scuba diving is to equip yourself with knowledge and certification. – Femina Travel

Scuba diving is very much a black and white world in terms of the laws and rules one must abide by. – Carols Eyles

Scuba diving is fairly easy to figure out…strap a tank on your back and breathe. Thomas Gronfeldt Senger

Scuba diving is an amazing sport to us, humans, but what does the marine life think about us invading their habitat? – Myryame

I ski, I suf, I scuba dive…any sport that starts with an ‘s.’ – Reid Scott

Did you like these scuba diving quotes, ocean quotes and shark quotes? If we didn’t add your favorite, let us know in the comments and we will add it to this epic list! 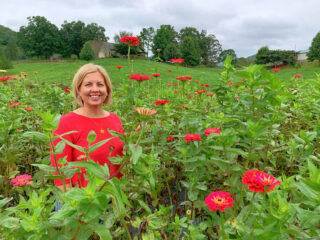