We have traveled across America in our RV. And can we say, Colonial Williamsburg KOA was, by far, one of the best campgrounds that we stayed in. Absolutely the best. 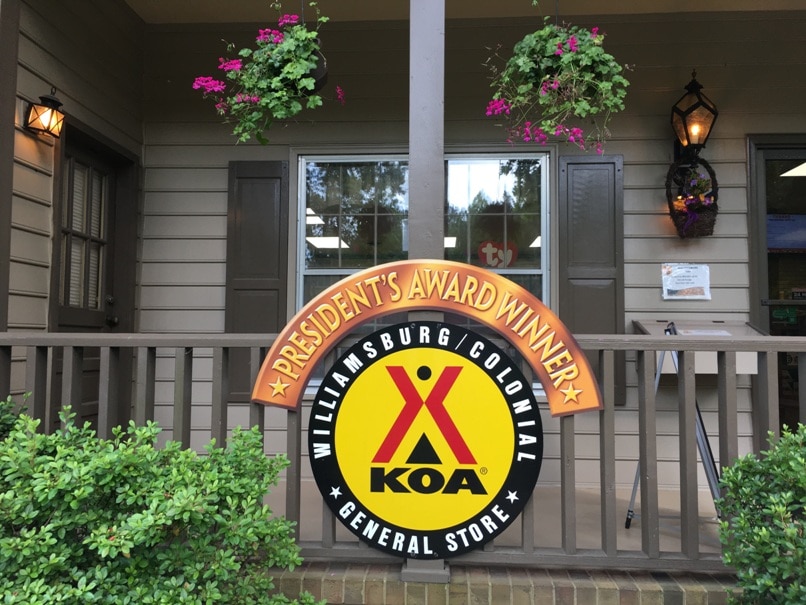 In fact, the Colonial Williamsburg KOA soon became the standard for which we judged all other campgrounds. And few could ever compare.

The Colonial Williamsburg, Virginia area is such a fun and amazing destination. This was our first visit to the historic area, and I think we might be back. There was just so much to do that even with a three night stay, there was no way to enjoy it all.

Plus, the Colonial Williamsburg KOA has so much to do at their resort, as well, that you literally wouldn’t have to leave the KOA and you could still have an amazing time. 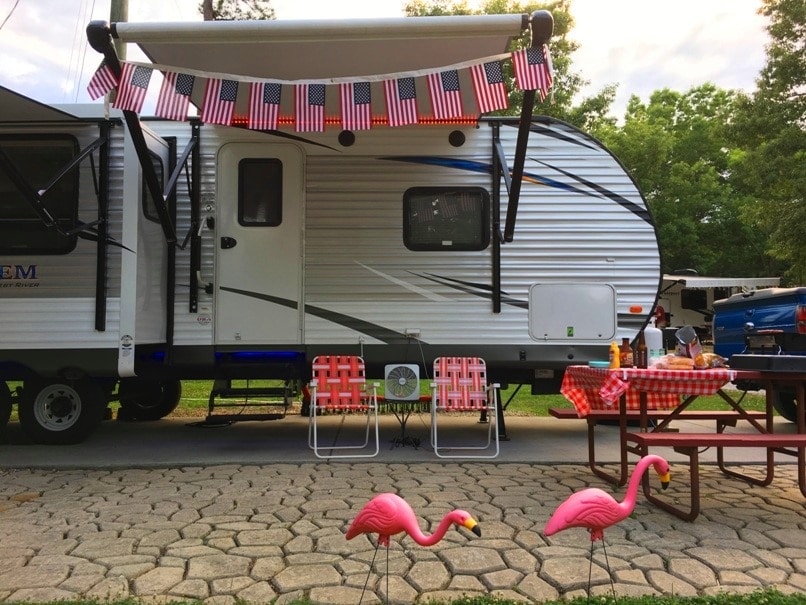 We visited the Colonial Williamsburg KOA over Memorial Day weekend. It was absolutely packed. Yet, for so many people in the campground (300+ campsites), it was surprisingly not hectic, not loud and a very relaxed atmosphere. And we were instantly were amazed. 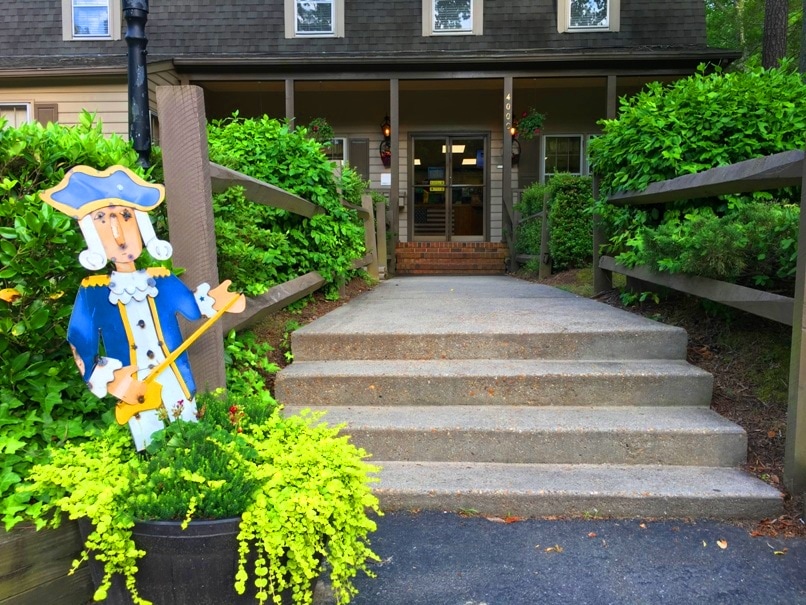 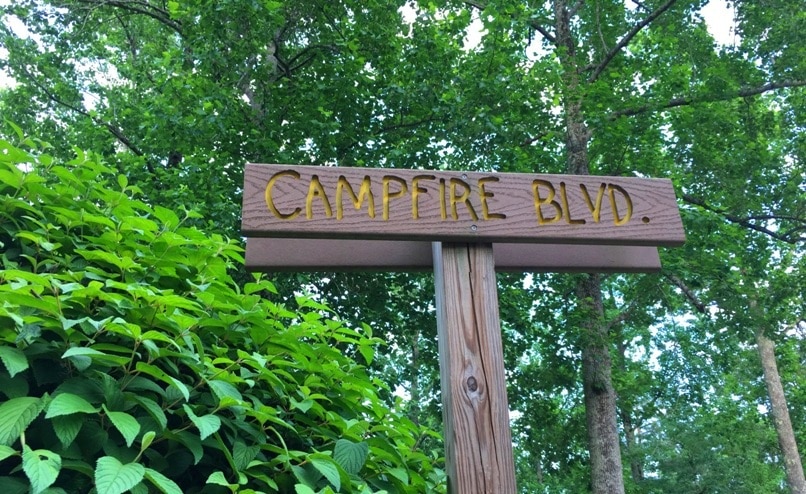 Getting to the Colonial Williamsburg KOA off of the highway was simple and an easy drive. Upon arrival, we were greeted warmly and quickly in the Camp Store that also serves as check in. With all of the patriotic souvenirs, you definitely know that you’re in a historic destination! 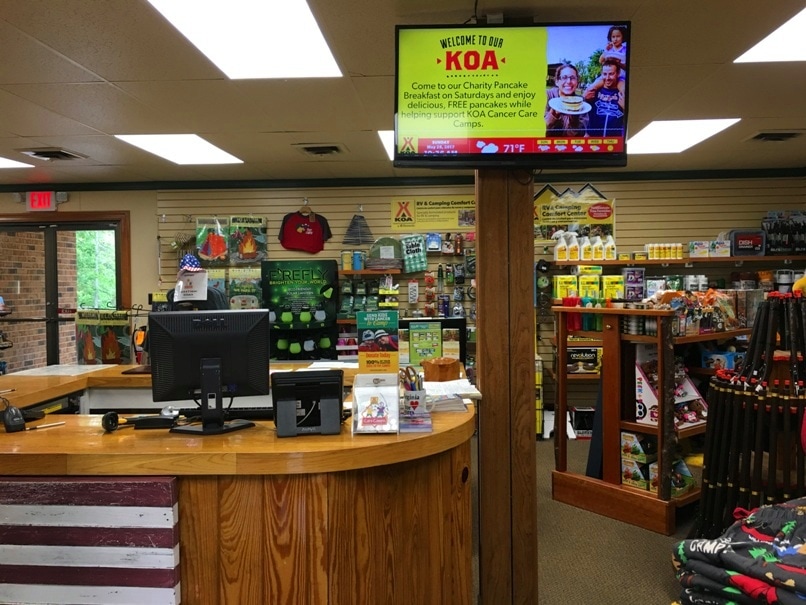 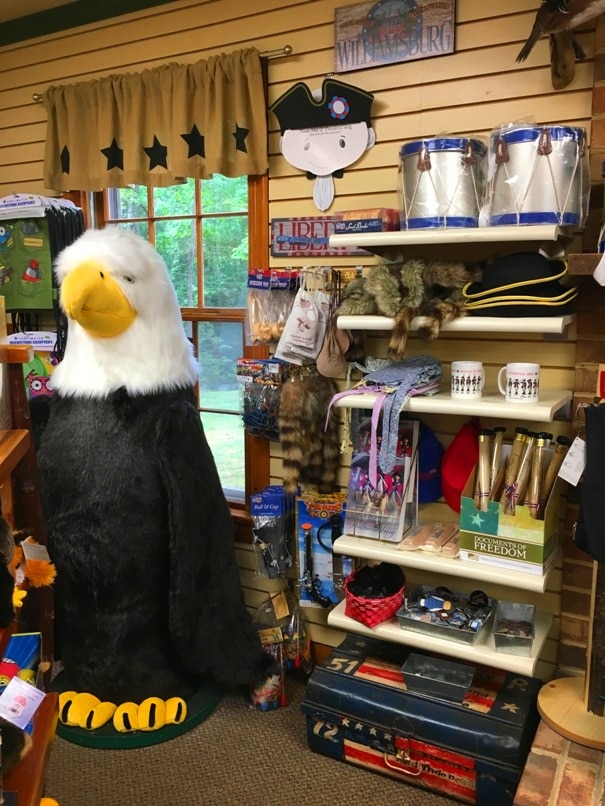 When we pulled into our campsite (E3) we were thrilled. A paved pad, level site and pull-through made us happy. As did all of the extra touches, such as manicured landscaping, a fire pit and picnic table.

As nice as all of those things are, though, I’m a modern traveler and there’s one thing that I can’t compromise on – WiFi. So that’s always my first check at any campsite. 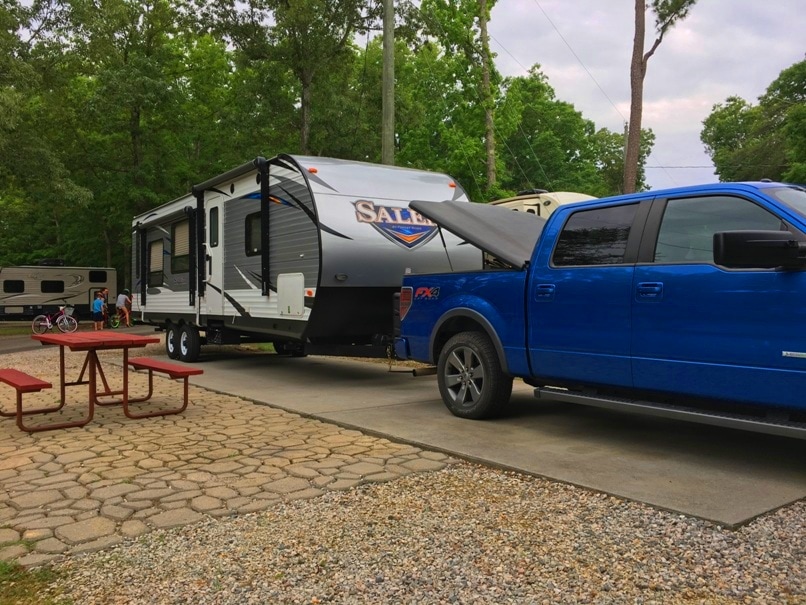 Colonial Williamsburg KOA’s WiFi was strong, fast and I could even upload videos. All of this even on a popular holiday weekend at capacity. For all of you road warriors working on the road or doing social media (especially Instagram and Pinterest), the internet at Williamsburg KOA was among the best and fastest across America (only matched by Disney’s speed at Fort Wilderness). 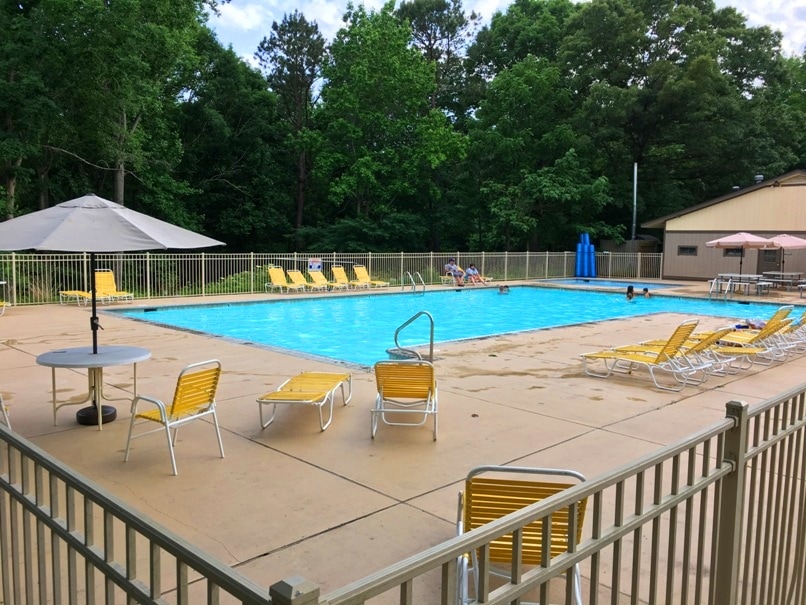 Our site was across from the spacious and modern bath house and we didn’t mind. We were also just a short stroll to the pool and kiddie pool, which is adjacent to the ice cream shop, rec room and laundry facilities. 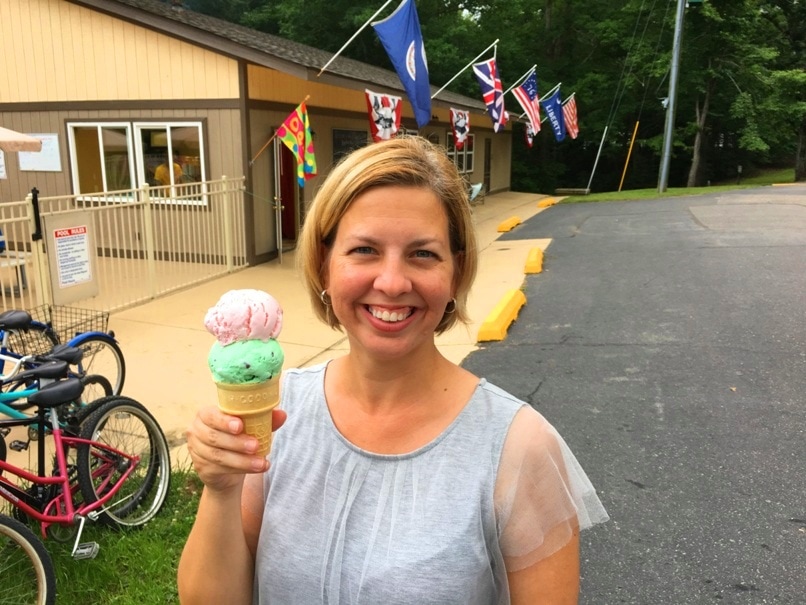 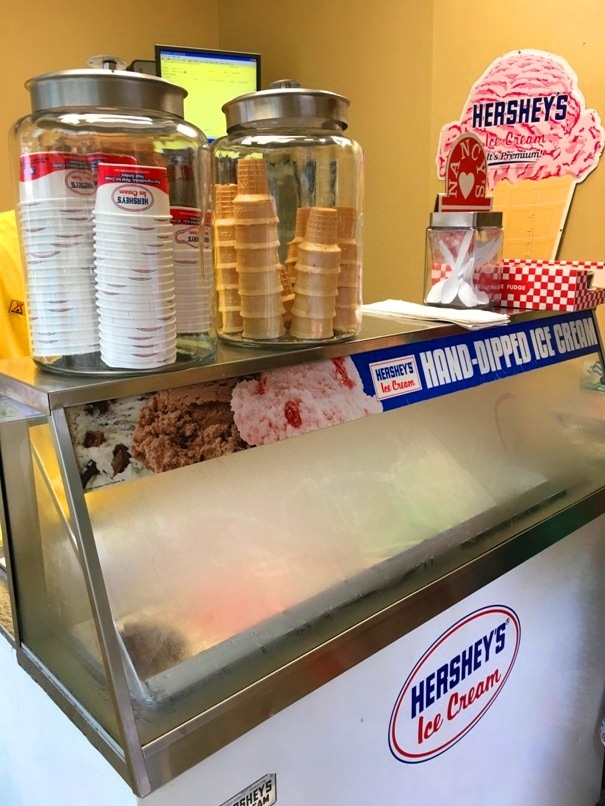 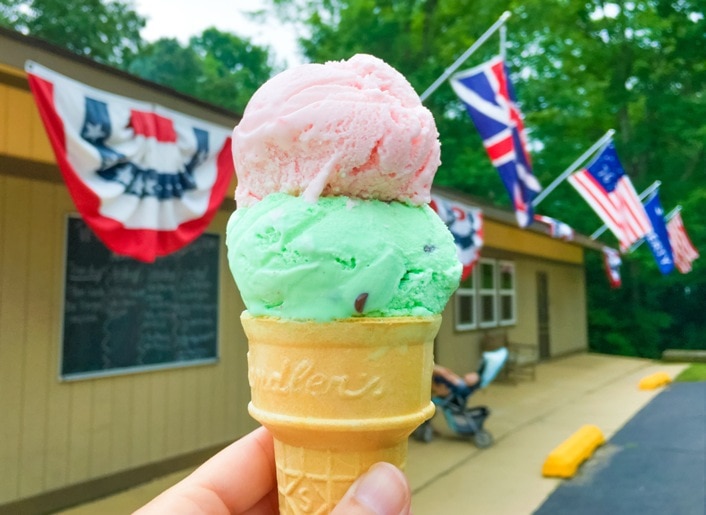 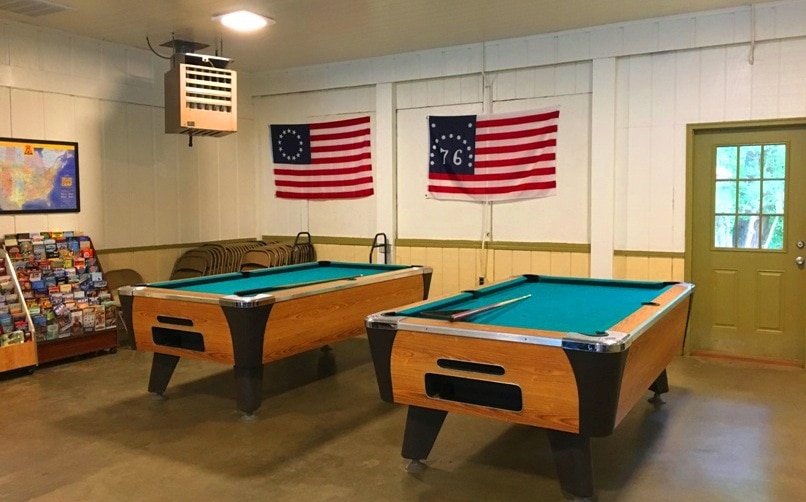 Strolling to the opposite site of the campground, we found a spacious field and group facility with a trail, basketball and lots of families gathering in the evening. 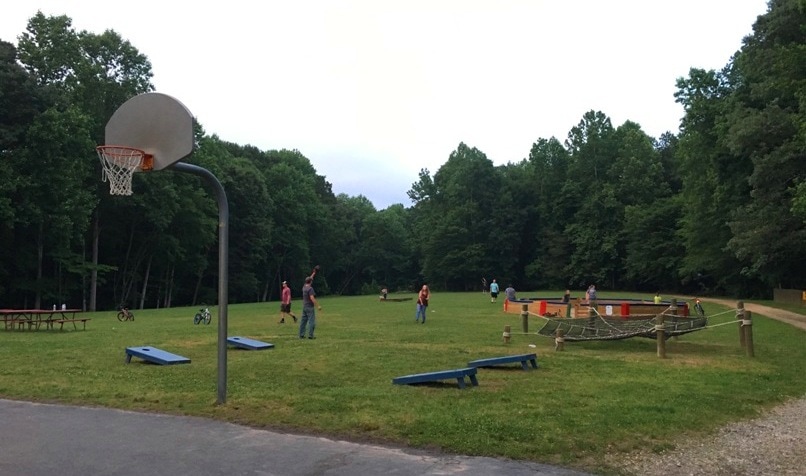 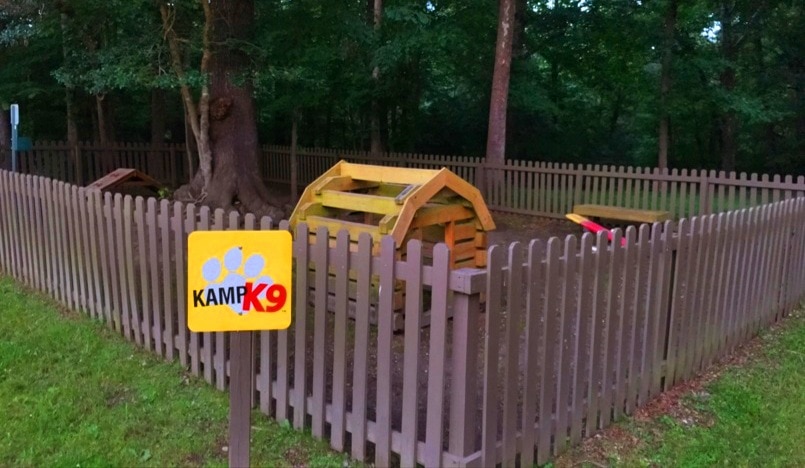 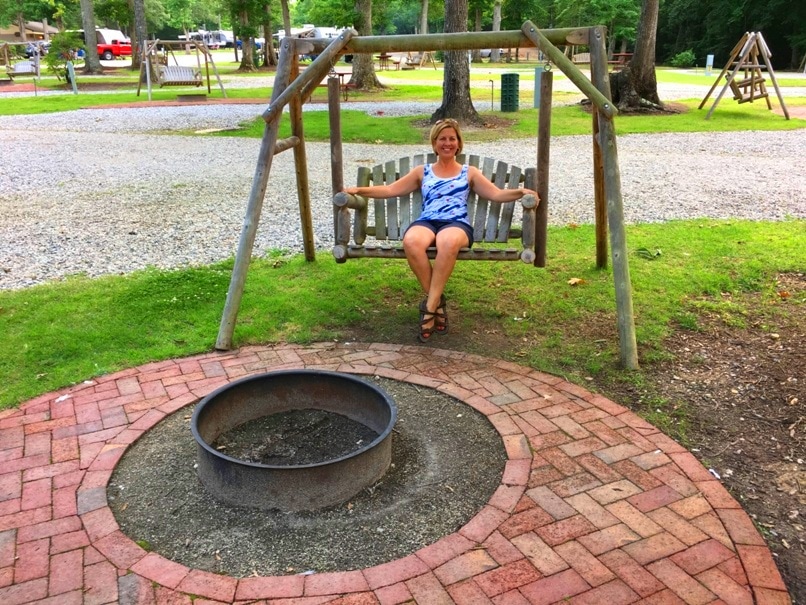 Also on site were a fire pit with campfire programs at night, an outdoor theater and a bounce pad. 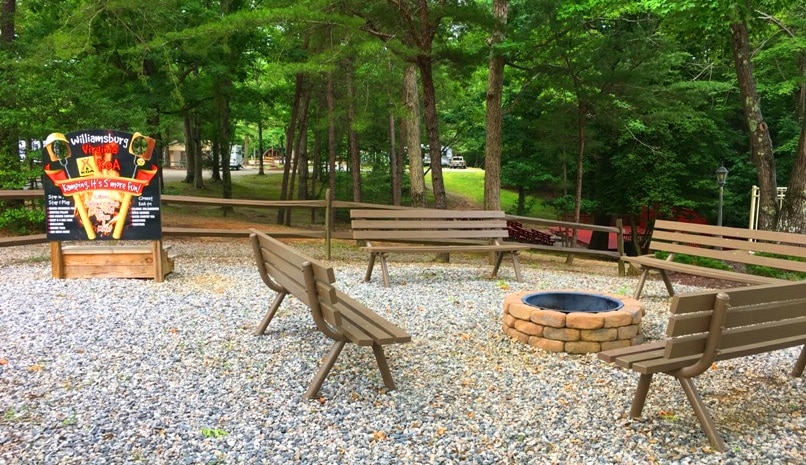 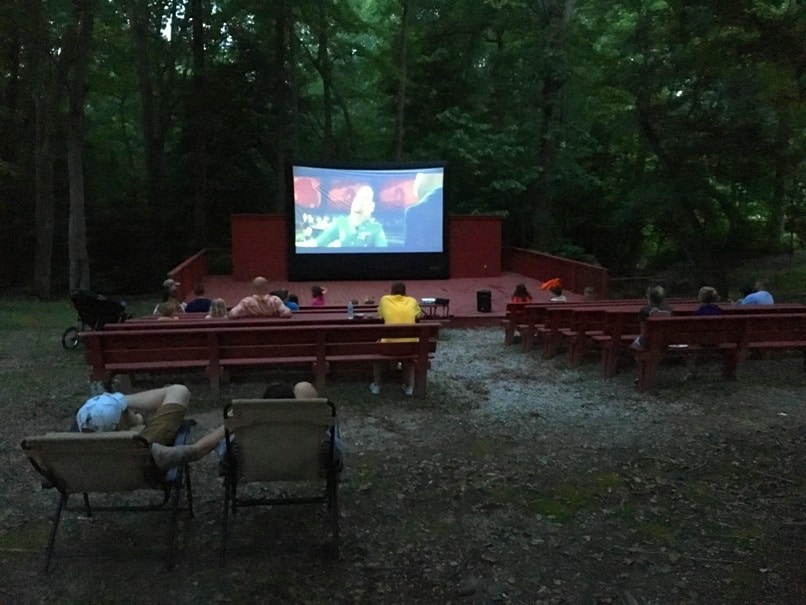 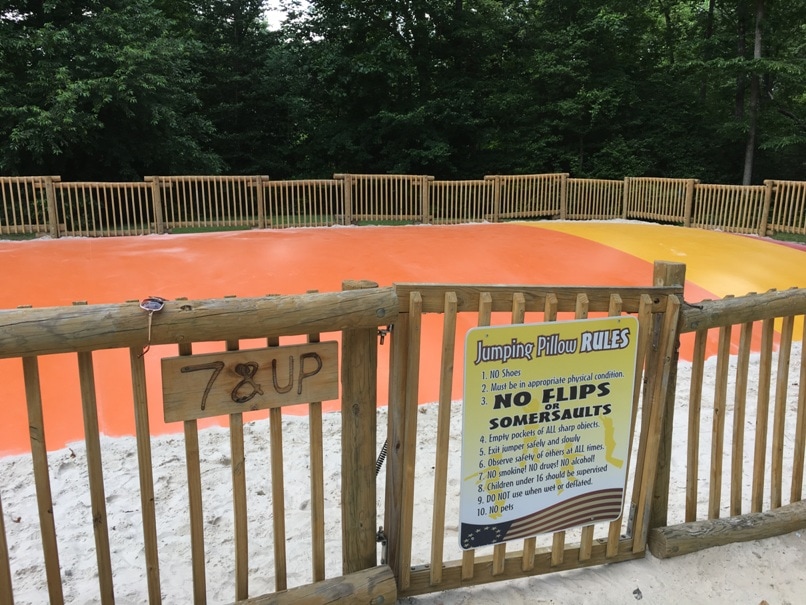 We happened to be traveling by RV, but the Colonial Williamsburg KOA would be an amazing place to stay without an RV. The cabins and yurts are tucked away in quiet areas and absolutely beautiful. I asked for a peek inside a cabin and was stunned by how nice and well equipped they are. 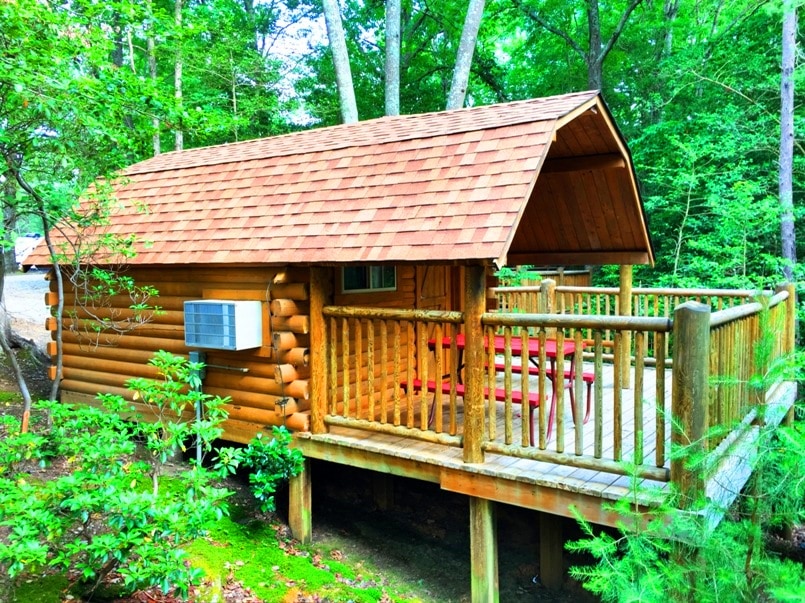 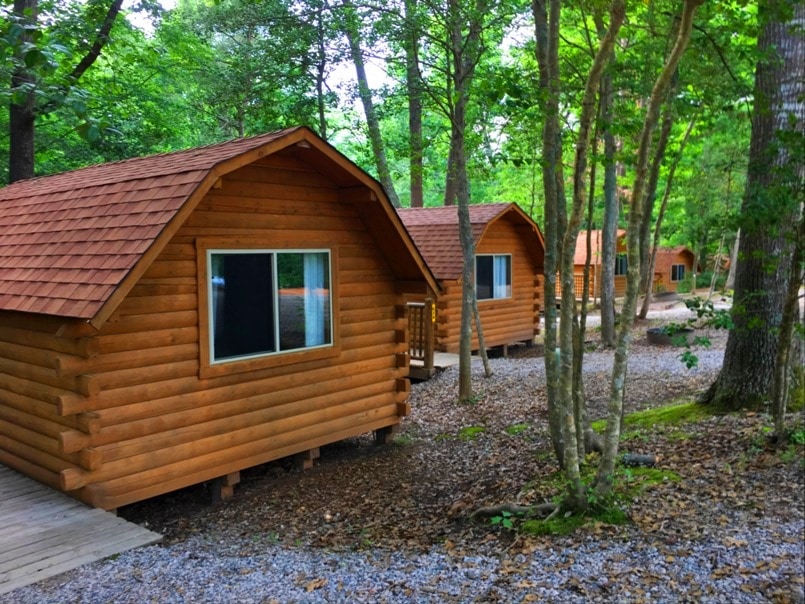 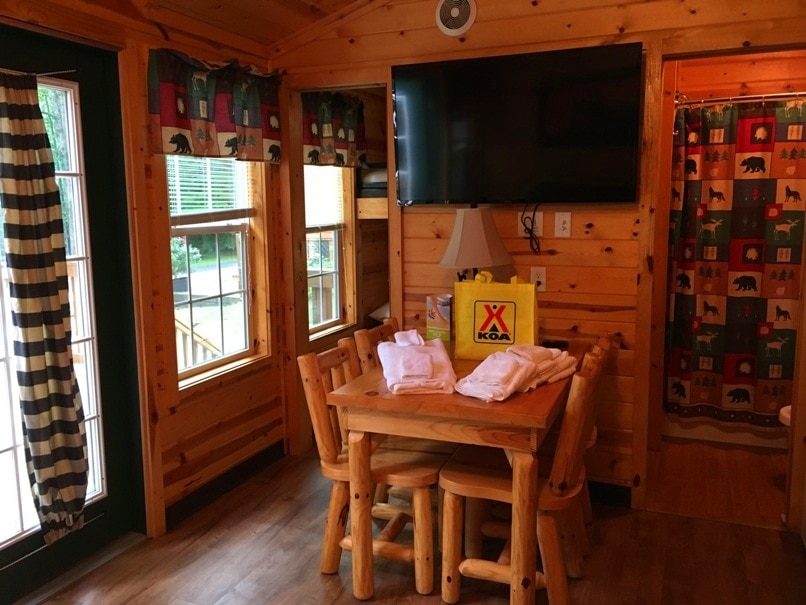 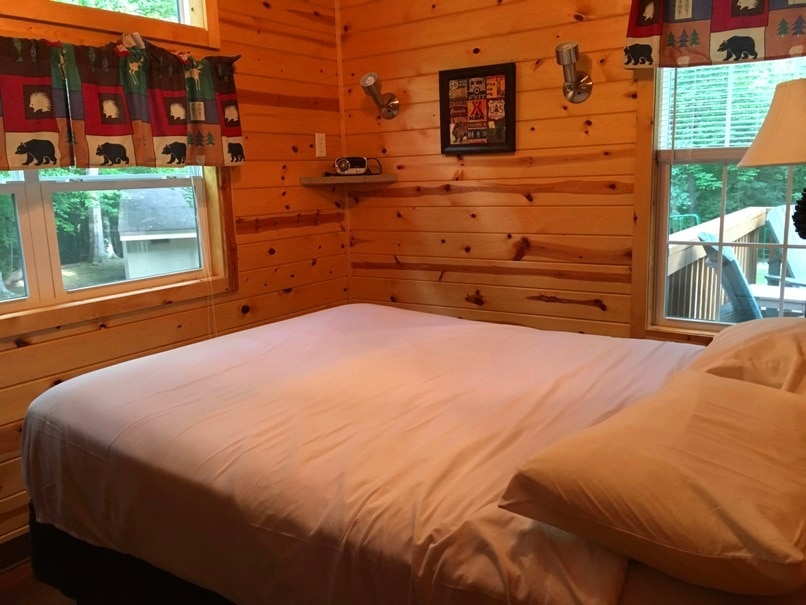 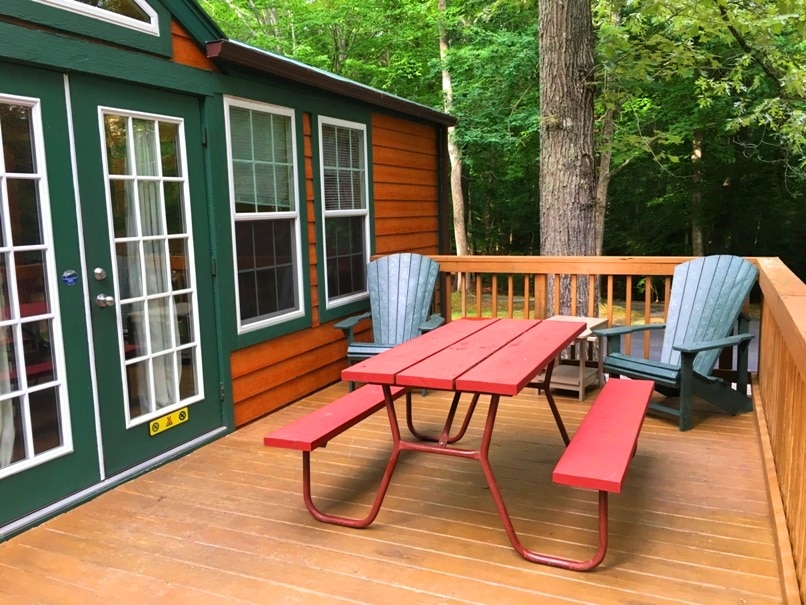 I could go on and on about the amenities, from pancake breakfasts to gem mining to organized games. The list is endless and I’d love to be a kid again staying at the Colonial Williamsburg KOA. 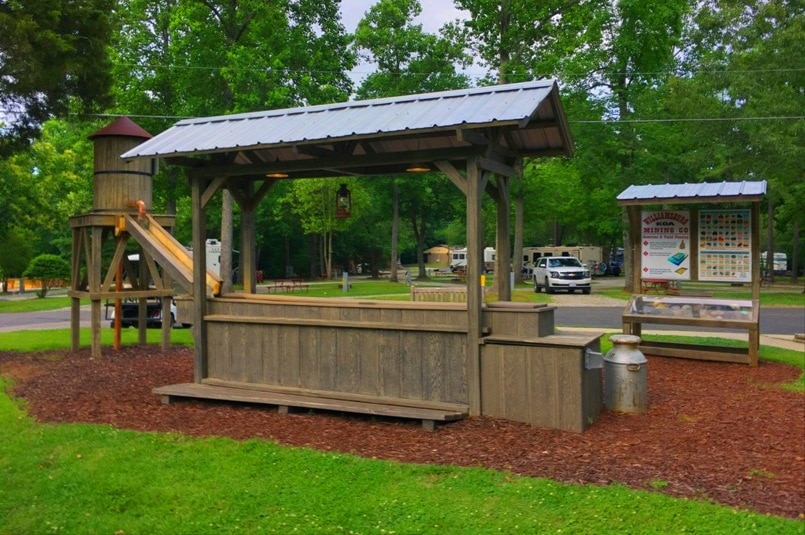 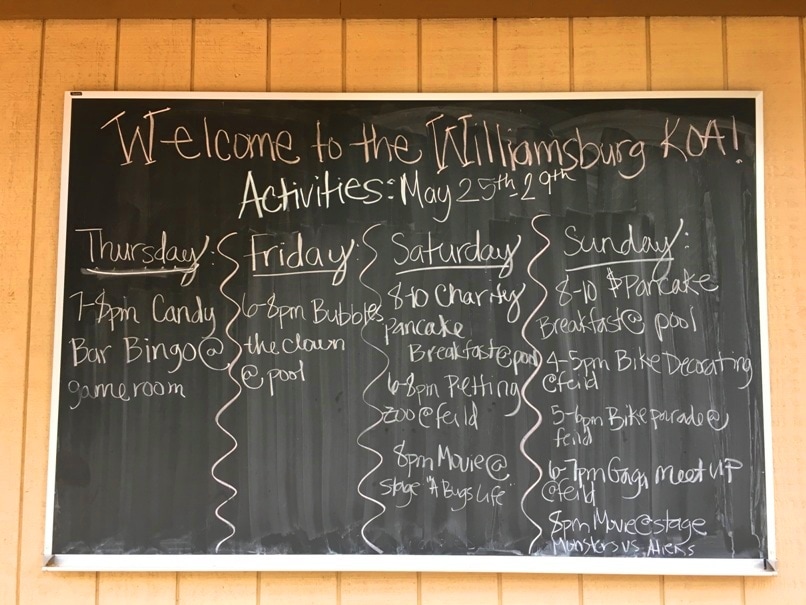 What really made the difference with this RV campground, though, is the sense of family and community. The owners have been running this campground for decades and they keep improving it every year. It’s no surprise that the Colonial Williamsburg KOA is a Presidents Award winner. 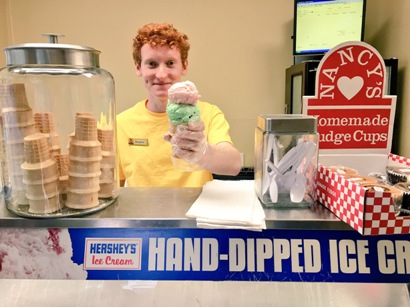 While we were staying at the KOA, they were actively changing more campsites to premium sites, their most popular type of RV site. 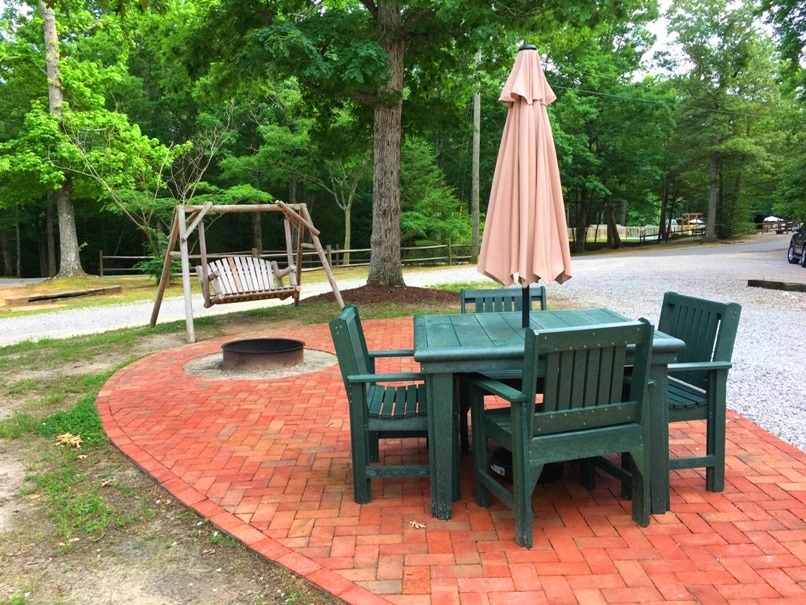 From the friendly staff to the well maintained facilities to the special touches that the Colonial Wiliamsburg KOA has for their guests, this is truly an RV campground that I would be glad to return to again and again.