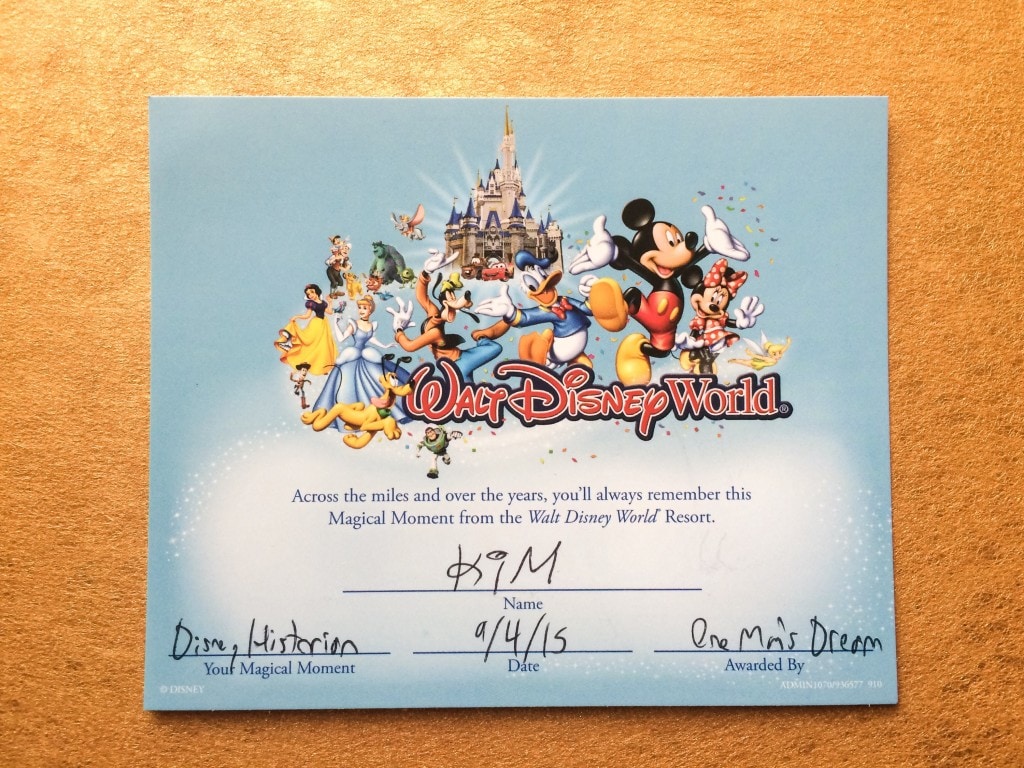 Want to be a Disney citizen? It’s super easy, actually. If you want to become a citizen of Walt Disney World Resort, all you need is a few minutes, some sleuthing, and you’re in!

Update July 2018 – This pin is no longer available in this exact way. The pins are apparently available at Disneyland, but only as surprise giveaways (see comments). At Walt Disney: One Man’s Dream in Disney’s Hollywood Studios at Walt Disney World, the pins are not currently available but the certificate is. We just received a “Disney Historian” certificate in July 2018. We asked the cast members at the attraction if the pins were coming back. One person said there was problems getting them sourced and they might be back. Another person said they were not coming back. But you never know how Disney will bring back popular items and those Magical Moments. We highly suggest that you ask on your own at the attraction or at Disney Guest Relations as to the availability of the pins and where to get them.

These Honorary Citizen of Walt Disney World Resort pins aren’t something that you can pick up at Disney’s Guest Services along with Birthday and Anniversary buttons. Nope, you’ve got to earn the right to be a citizen of Disney. 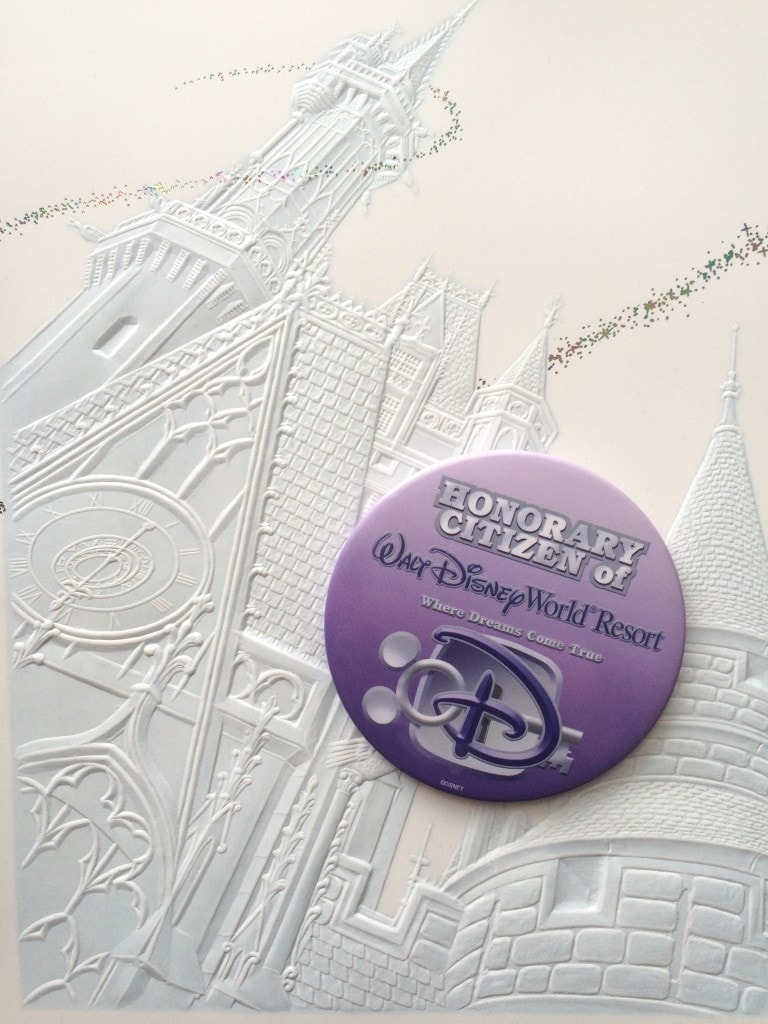 Head to Walt Disney: One Man’s Dream at Disney’s Hollywood Studios. Ask the Cast Member at the front door how to become an Honorary Citizen of Walt Disney World.

The cast member will then reach into a secret cubby and hand you one of four trivia sheets. Each sheet has answers that can be found throughout the Walt Disney historical exhibit. (If you get the Lincoln question, be forewarned, it’s tough and you might need a cast member to help you. Apparently it’s pretty well hidden). 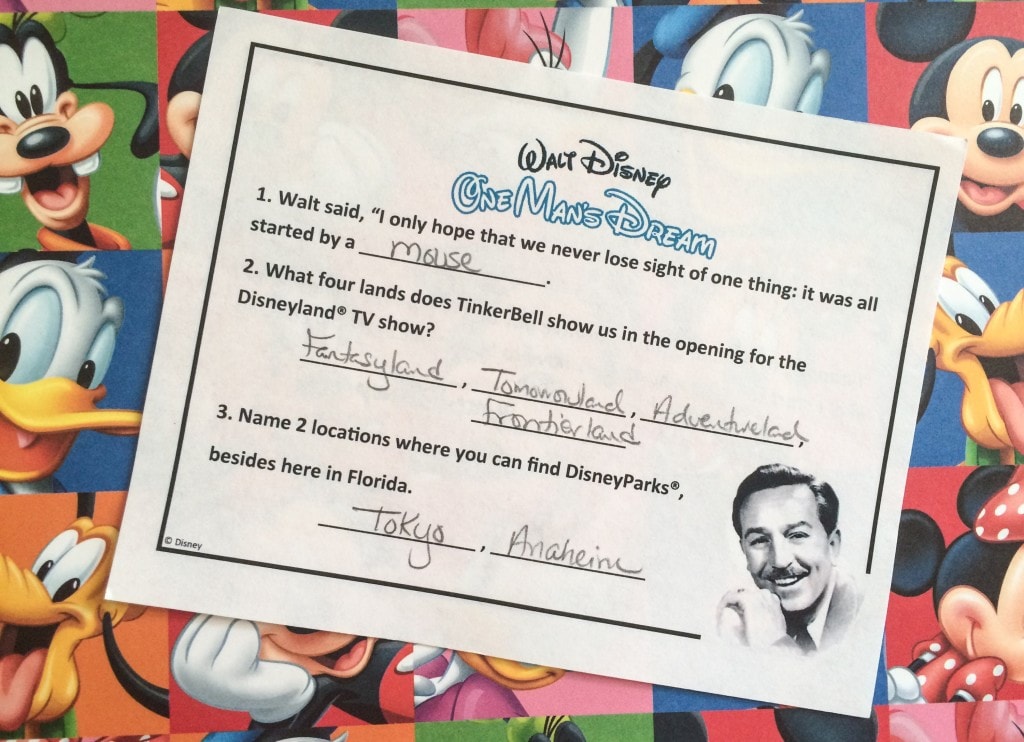 After you’ve written down all of the correct answers, give your scavenger hunt to the Cast Member at the entrance of the video (which is GREAT, by the way! Walt Disney speaking in his own words. This video is one of the best and most heart warming things at the Studios currently).

Did you know you can create custom Disney buttons and even Disney name badges? Check it out! We LOVE these!

You’ll then be asked to sign your name in a journal, and the Cast Member will present you with an official Walt Disney World Magical Moment certificate, and an Honorary Citizen of Walt Disney World Resort pin.

Wear it proudly, new Disney citizens! There aren’t that many of these pins out there. Enjoy! 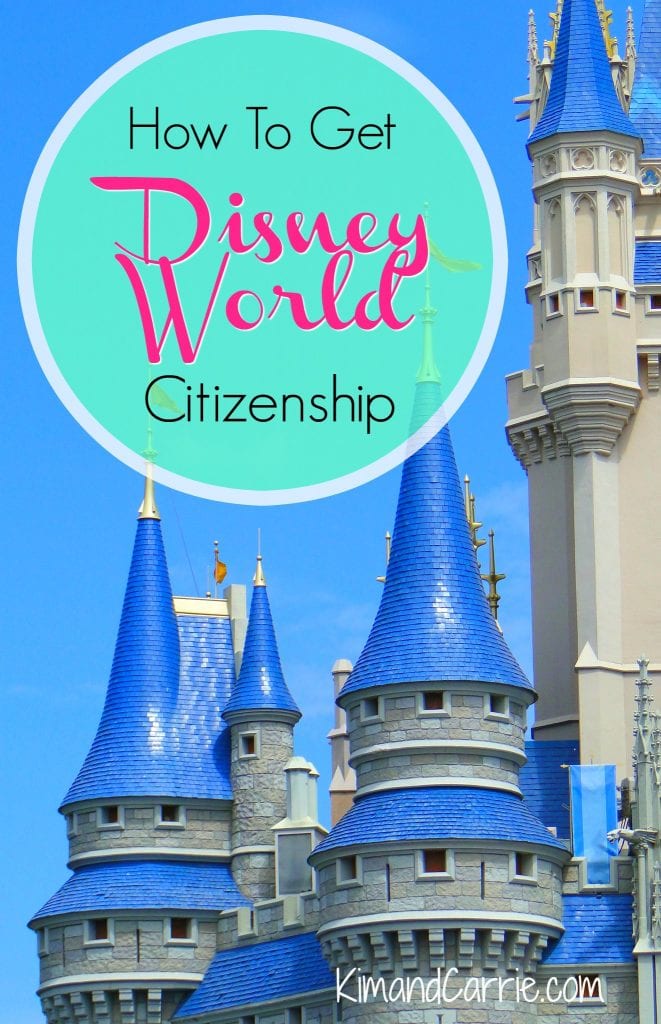 You may or may not be able to get this button at Walt Disney World anymore. But you can ALWAYS get these super cute buttons right now!

The super cute Home is Where the Castle Is button from ButtonBlizzard has all the classic Disney feels, with the Magic Kingdom castle and a Mickey Head silhouette: 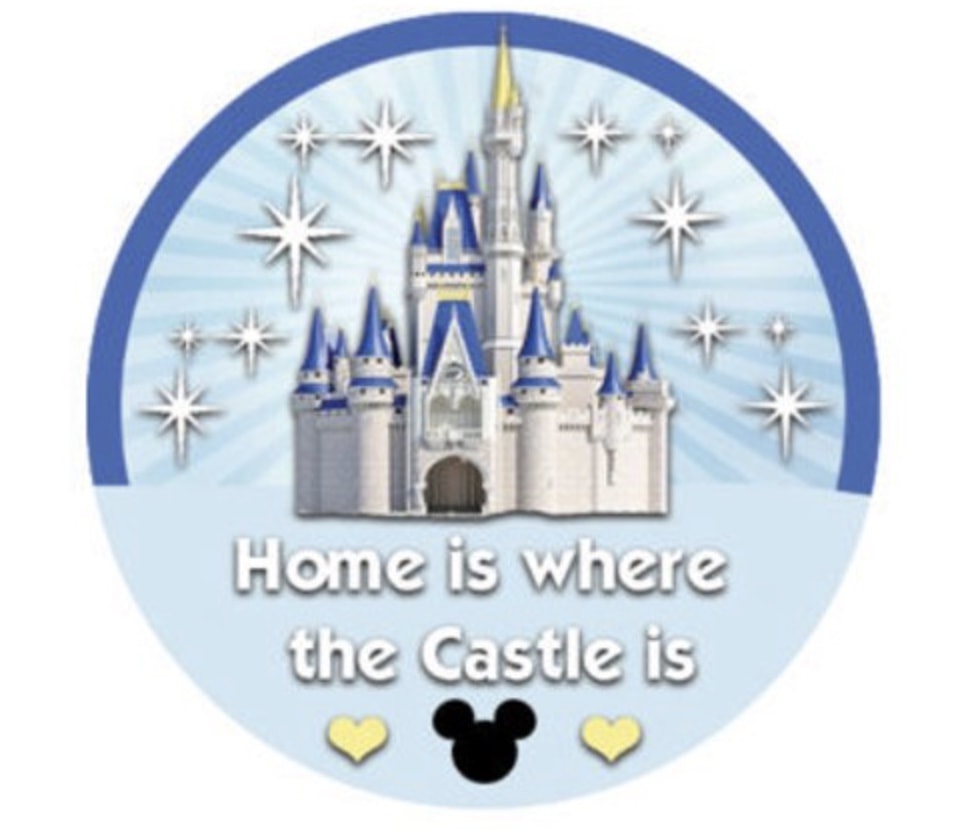 Also, this cute Home is Where the Castle Is by TangledCelebrations: 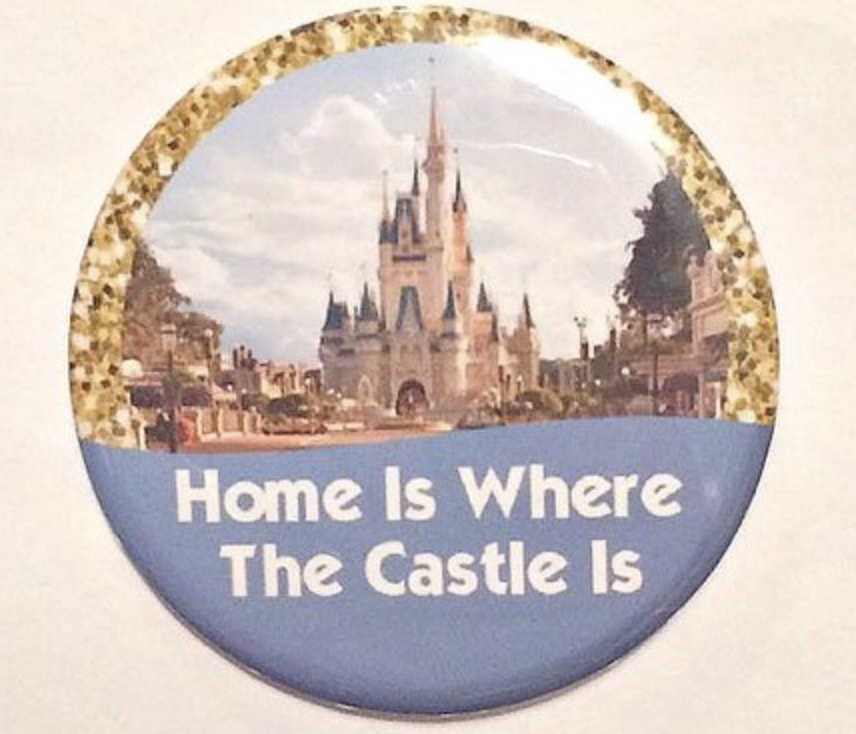 This is the PERFECT button from TripThreads for going to Walt Disney World for the holidays: 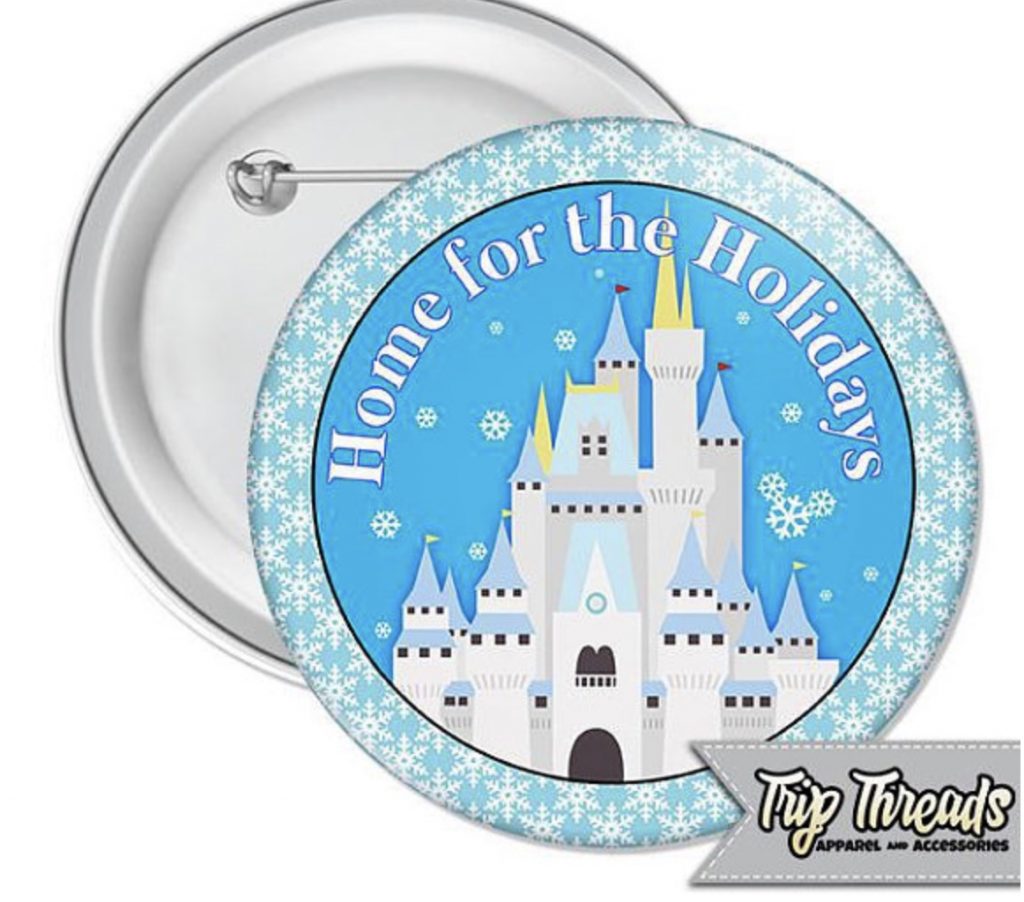 If you like the simplicity of black and white, check out this Home is Where the Castle Is button from MagicalMonograms: 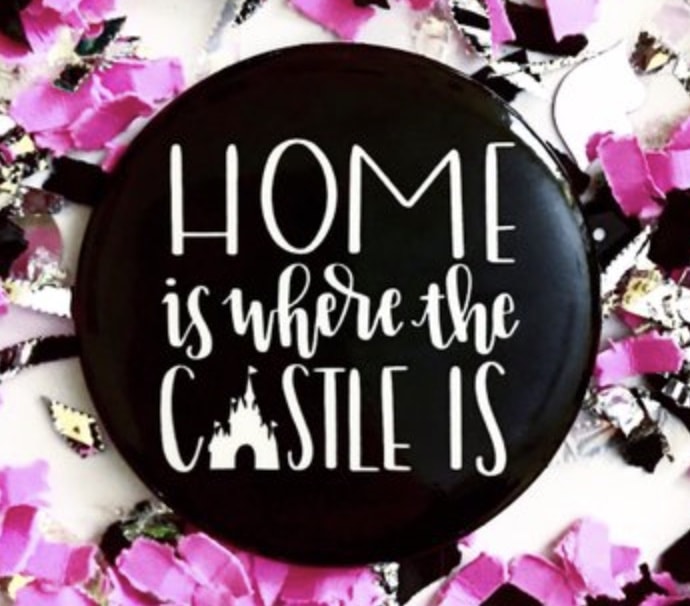 Of course, there are SO many custom made buttons available. We love this Disney Treats button from MouseNecessities: 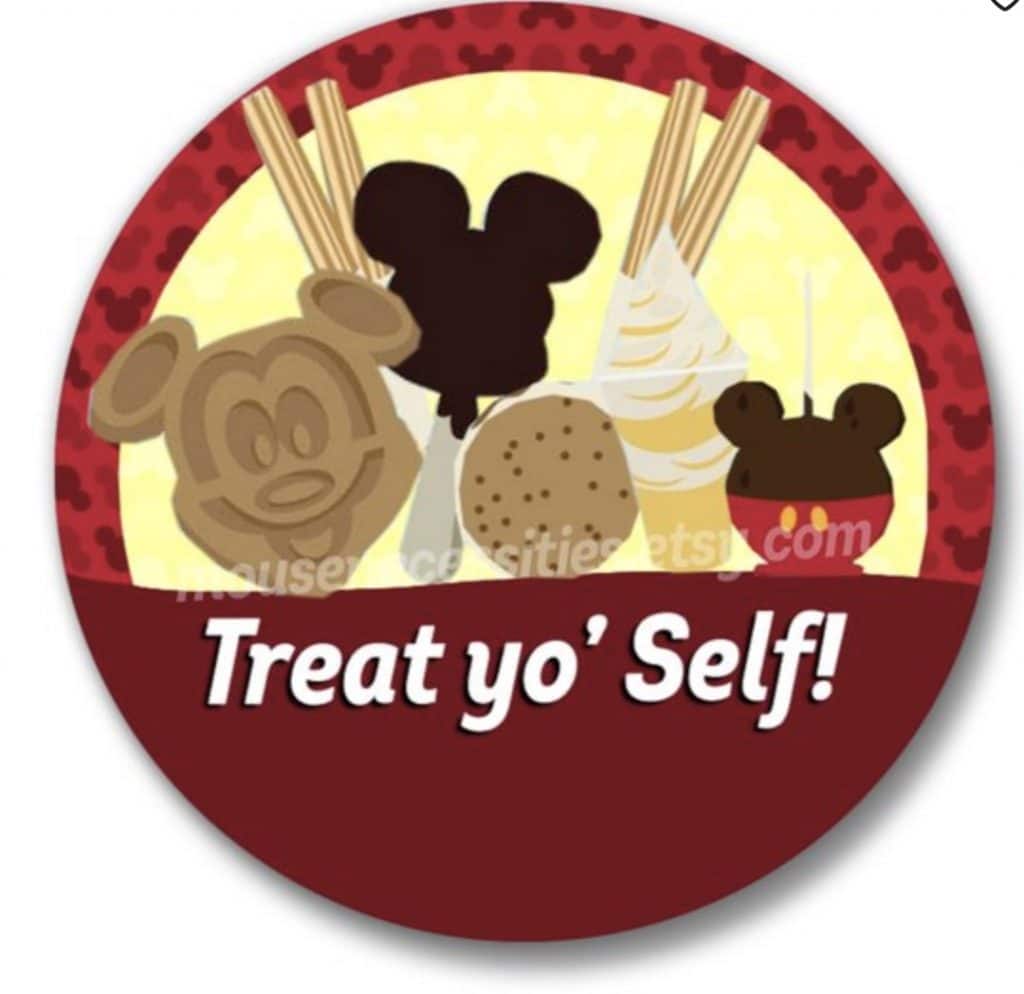 And then there is the My Happy Place button which pretty much sums up all of Walt Disney World: 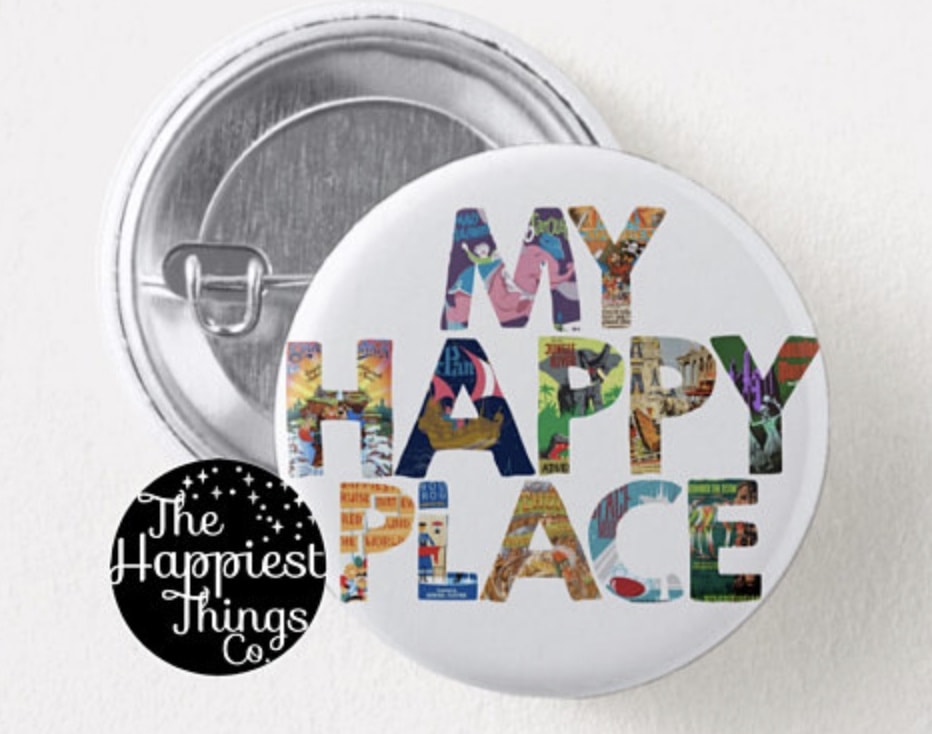 March 2019, my husband and I took nine high school seniors to Disneyland/California Adventure. I asked an awesome cast member at gift shop in Guardians for 9 "Celebrating" "Senior Trip 2019" buttons for the kids. She gave me them and then( much to my surprise and delight!) gave each of us an Honorary Citizen pin! ?

Lena, That is SO awesome!!! Glad to hear that Disneyland if offering these pins!!!

At Disneyland these pins were only given to guests by a Cast Member only if they witnessed a guest doing something they felt was worthy of Citizenship. In my husbands and my situation we were on the train first thing one day and several other people too. The Conductor was asking use trivia questions. We were the only ones not cheating and using our phones to look up answers. As we departed the train the Conductor discretely handed us 2 Honorary Citizen buttons. We proudly display them with our other special momentos of our wonderful trips to our LAUGHING place Disneyland.

Susan, We love this story! How awesome that you got the pin!

Sadly I think these are discontinued when they changed the look of the pins a couple of years ago. I asked for a replacement for the one I lost during a move and they called around for a good ten minutes and nobody had any left (back in January 2018).

Thanks for the update! We're going to try to find them soon and confirm what is happening. I appreciate it! Did they have similar pins for being a Disney Citizen?

Is this still available at Disney World? We are going in June & I'd love to do this with my boys if so. Thanks.

We think so but can't guarantee it. Since it is a bit of a secretive freebie, we suggest going to the attraction and asking the cast member at the door. If it's not still there, we believe there might be another location on Disney World property where you can do it. They would know. Or if you're at Guest Relations anyway, possibly ask there.