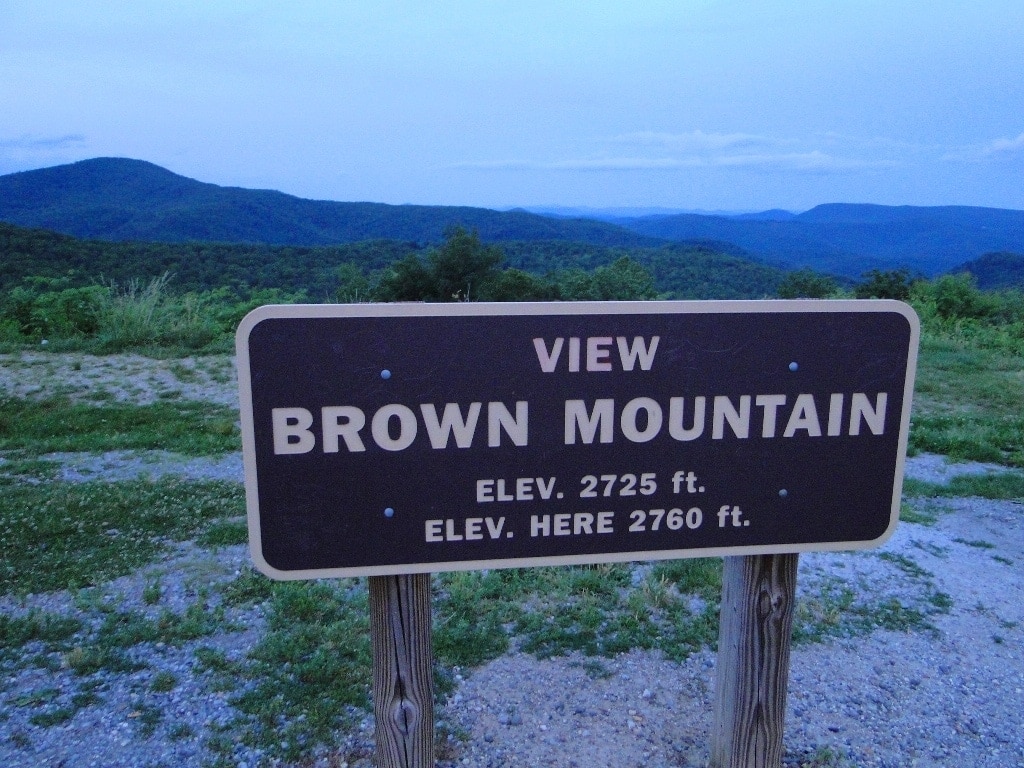 Forget strange occurrences in Area 51 in Nevada. North Carolina has its own hotbed of unusual, possibly extraterrestrial activity at Brown Mountain near Morganton, NC.

Known as The Brown Mountain Lights, these mysterious circular, multi-colored  balls of light are said to fly through the trees of Pisgah National Forest and in the air above the mountain tops. The lights, which usually last just a few seconds but have been known to last much longer, cannot easily be explained.  Though many have tried.

The mysterious, strange lights have been talked about for over 100 years. That’s reason enough that the U.S. Government has come to investigate three times. The Smithsonian has come to investigate, too. Yet no one can really say for sure why orbs of light mysteriously dance through the night sky in the Blue Ridge Mountains above Brown Mountain and the surrounding area. 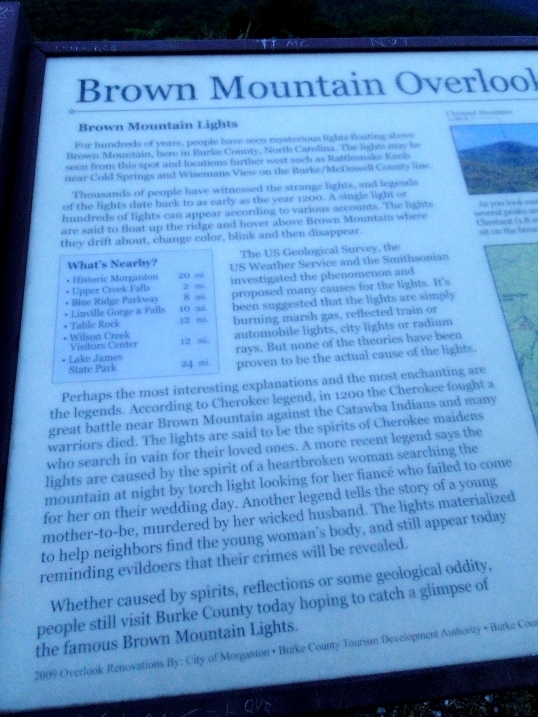 The Brown Mountain Lights are so well known that they were showcased in an episode of the X-Files called “Field Trip.” The Travel Channel, Discovery Channel and National Geographic Channel have talked about them, too.

The Brown Mountain Lights are a much needed boon to tourism in the area. In fact, the Burke County Tourism Development Authority has released a book titled Brown Mountain Lights written by Joshua P. Warren, a local paranormal researcher. A free link to the book, including facts and research of the area and theories of the lights, can be found at www.brownmountainlights.com.

I spent a couple hours at the Brown Mountain overlook recently, patiently hoping and waiting to see something extraordinary happen and lights to dance across the sky. Well, I saw nothing. Actually, that’s wrong. I saw the most amazing display of fireflies that I have in a long, long time, and that was almost reason enough to sit at the overlook in the dark. 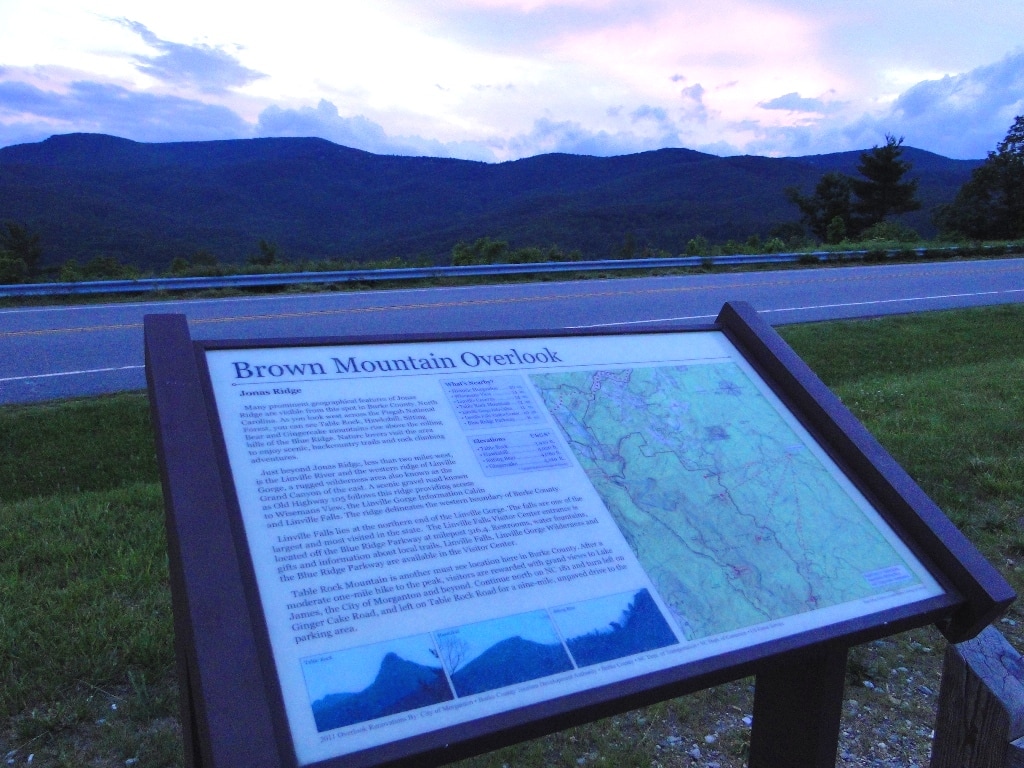