How do you avoid mosquito bites? That is the NUMBER ONE question when visiting the Everglades National Park, located in the southernmost point of mainland Florida. Every visitor ends up asking – How do I get mosquitoes to stop biting me? 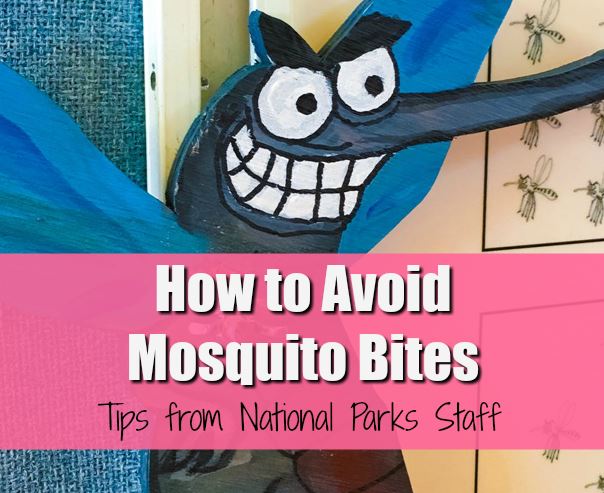 There is an area in Everglades National Park known as Flamingo. It’s at the very tip of the park, on the Florida Bay. The mosquitoes are bad here. REALLY bad. In fact, Flamingo is a designated site where companies and the U.S. Military test bug sprays to see if they work at repelling mosquitoes.

But it’s great for fishing, LOL! If you’re interested, check out this fishing excursion. 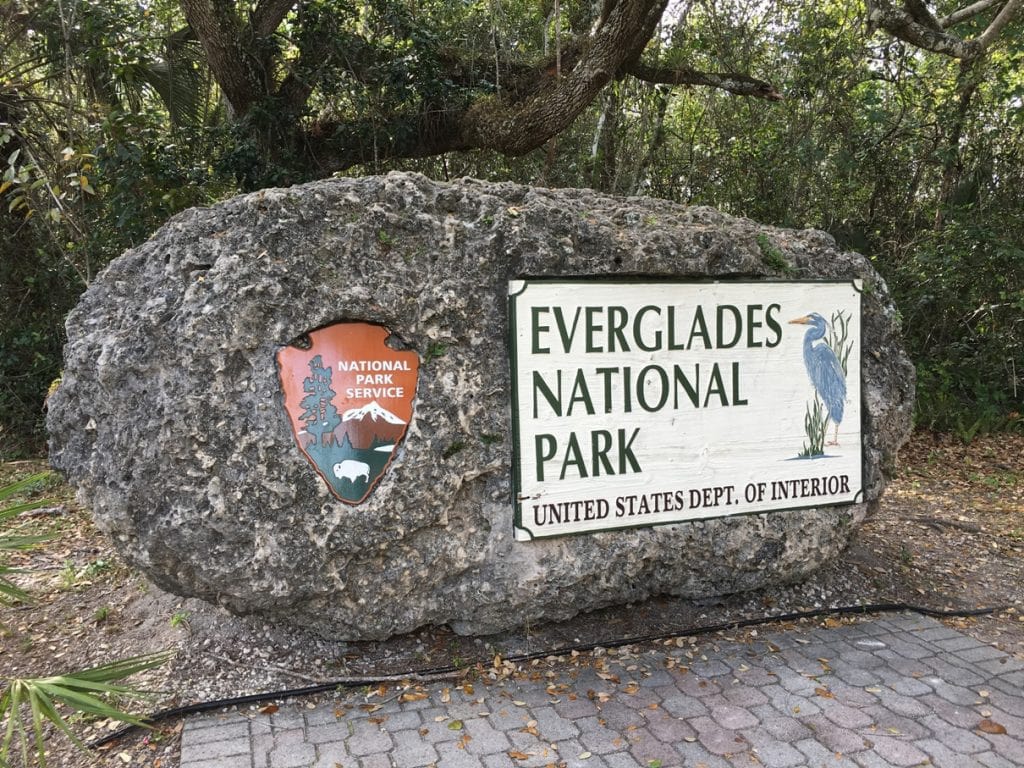 It’s also where National Park Service rangers and volunteers live for months and years (and where I stayed for two nights, see video below). They don’t get the luxury of staying for a couple days and getting out of the mosquito-infested land. No. They have to live with it day in and day out.

So these people KNOW how to avoid mosquito bites. They must as a matter of survival, both physically and mentally.

Because those little insects will drive you crazy swarming around you.

I stayed in Flamingo Campground for a couple nights in early March. It should have been tolerable for mosquitoes because of the winter weather.

In fact, the rangers were saying it was worse than normal, because the weather had not gotten cold enough, and it was a drier winter than normal. 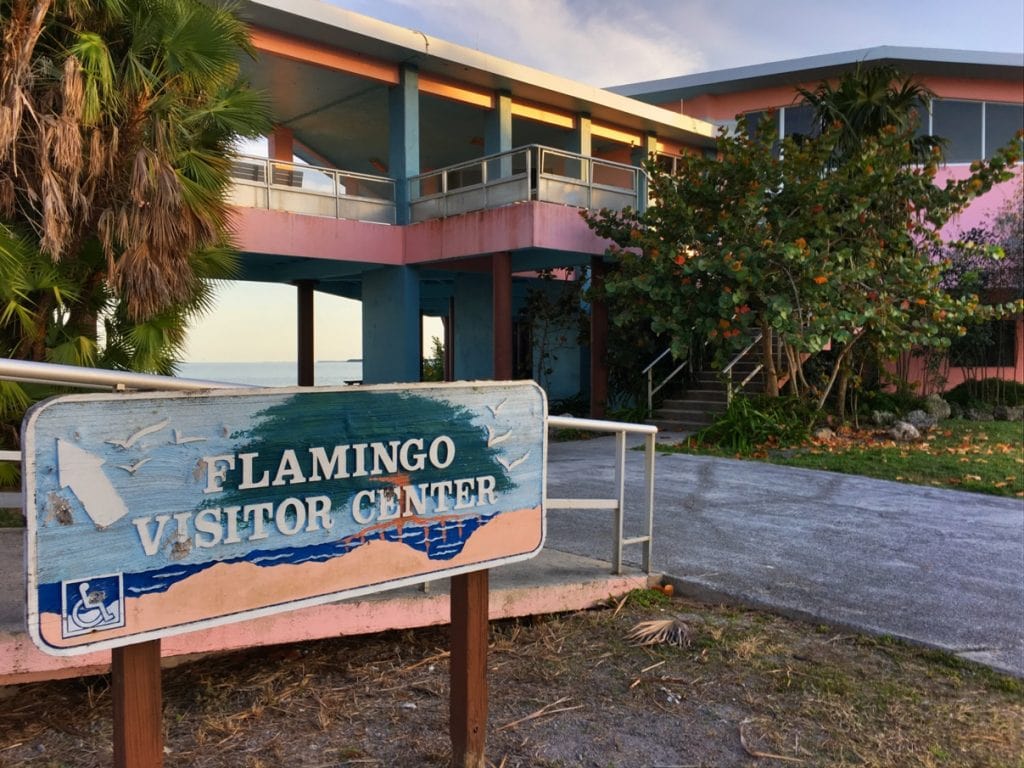 Let me tell you, the mosquito conditions were HORRIBLE. Actually, they really, truly were. It was on the Mosquito chart in the Flamingo Visitor Center. 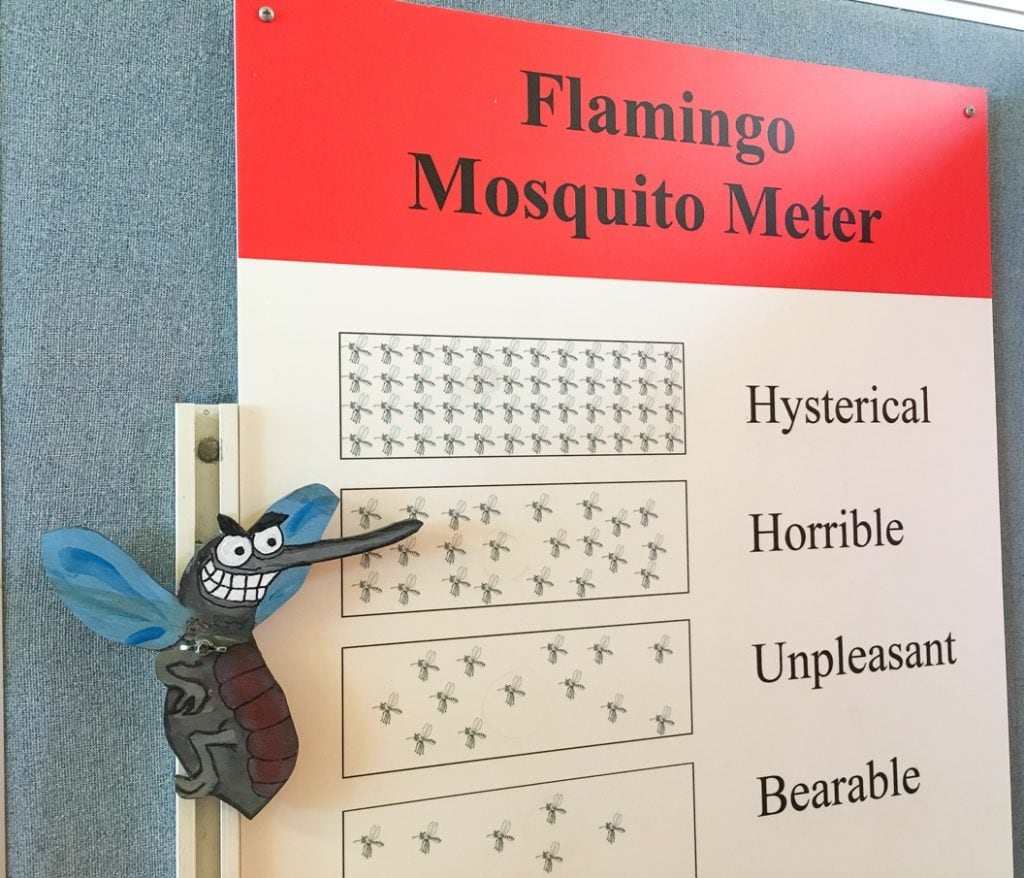 When we got there and opened the truck window, they came swarming in. They buzzed around our heads. Six or seven would land on our arms at a time. We didn’t come prepared. I wasn’t even thinking of mosquitoes. The bug spray was still in the bathroom locked up in the trailer. (No different than if your bug spray was in the trunk of your car as you drove into the park.)

My husband had to make a mad dash into the trailer, taking time to unlock it and get it open, to then rummage around in the bathroom cabinets in the heat before setting up the RV. After he finally found it and coated himself in mosquito repellent, then he had to stay outside for 20 minutes to get the RV set up. 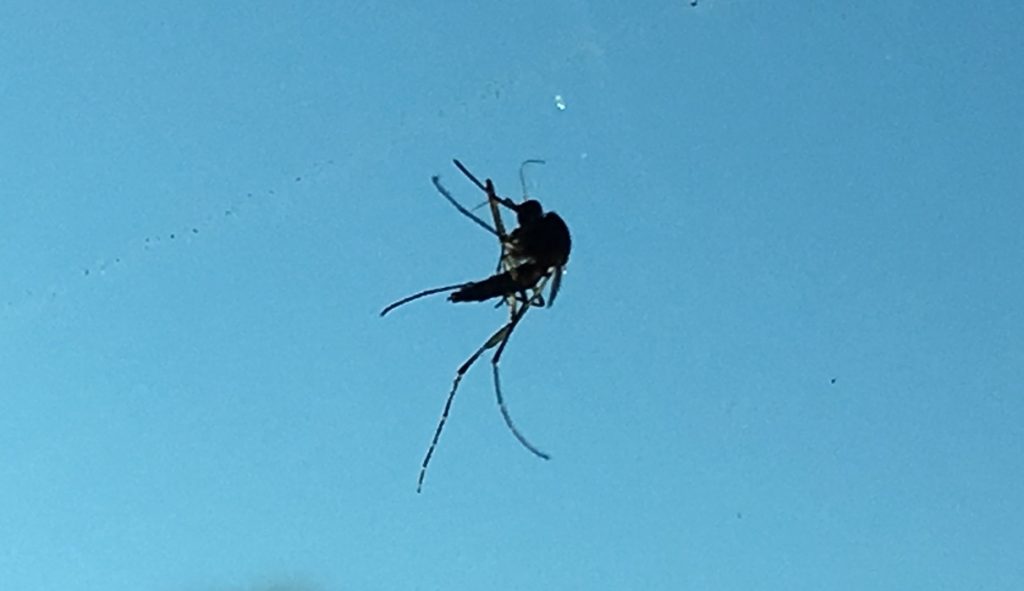 It was also the fastest set up time for the RV so far. Imagine that!

We now know a lot about preventing and avoiding mosquito bites. Thanks to the National Park Service rangers that were kind enough to talk to us about how to avoid mosquito bites, we were able to get some relief while we were in the Everglades.

Interested in Everglades tours? Check out these fun options – probably with a lot less mosquitoes!

Here are park ranger tips (and a few of our own) about how to avoid mosquito bites, even when you’re in one of the worst areas for mosquitoes in the country: 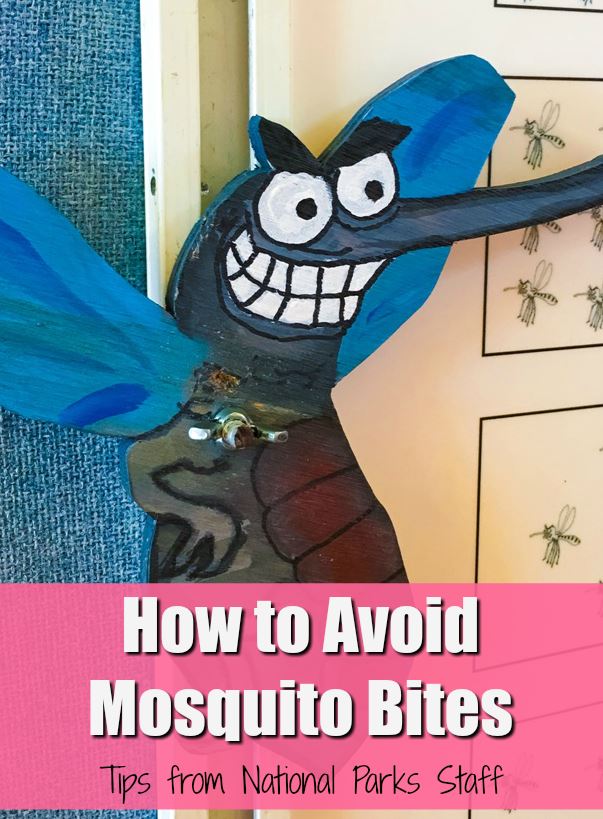 Walk on the concrete paths when you see them, not the grass.

Wear layers of clothing. It helps protect your skin naturally, and acts as a barrier for biting. (Here are clothing ideas that repel mosquitoes.) 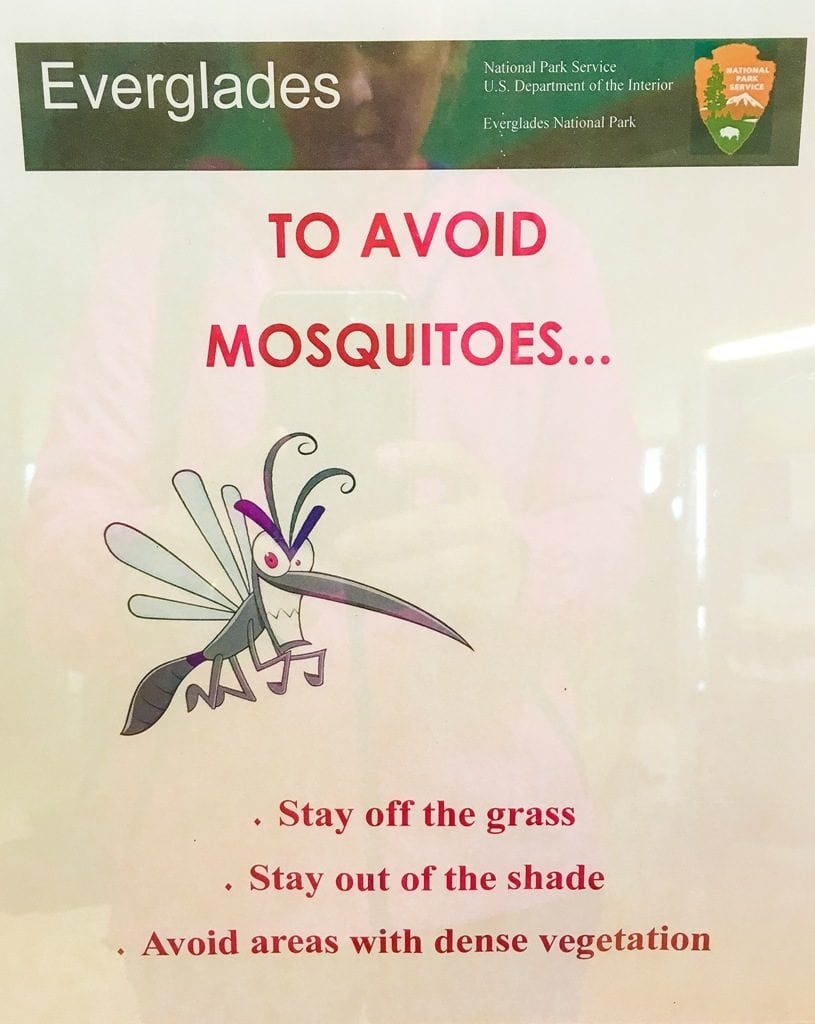 Use a mosquito net head gear. These keep your head covered and protected. Mosquitoes love your head because of the carbon dioxide that you breathe out. Take precautions to protect your face. I ended up buying one in the gift shop after being frustrated. Save yourself frustration and bring one with you.

Avoid swatting (Too hard, I know!). They are attracted to movement and it encourages them.

Try to hold your breath and avoid exhaling. Again, hard, I know. But if you’re being swarmed, it’s one way to get things under control. 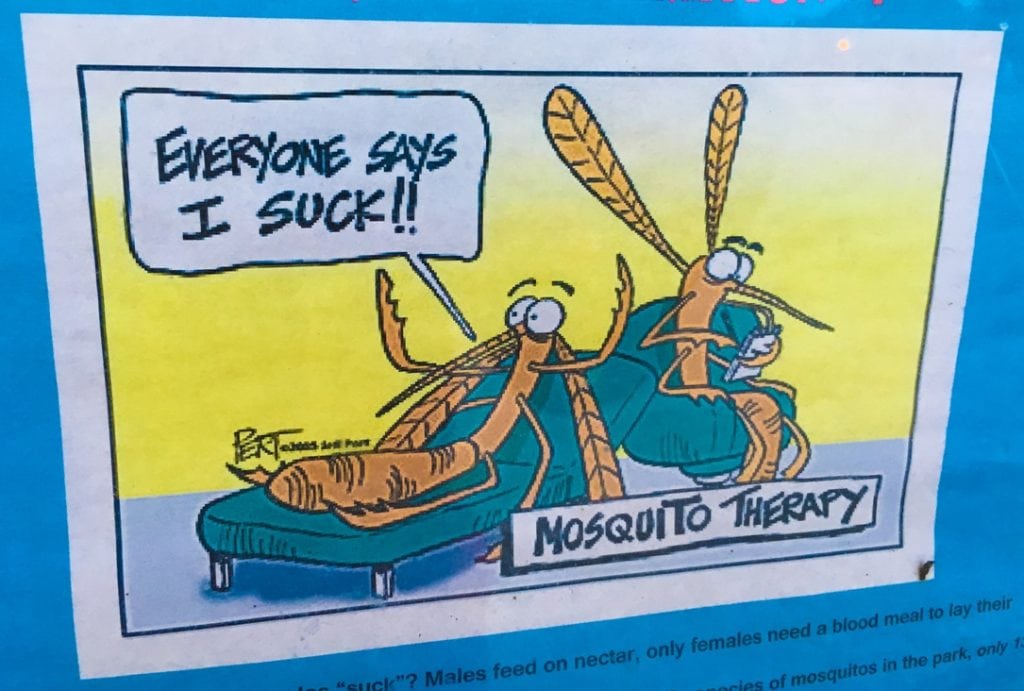 DEET isn’t always necessary. When I asked NPS staff that had been working in the midst of mosquitoes in Flamingo for over a year, none of them suggested bug spray with super high amounts of DEET. In fact, it’s not even what they suggested as the best way to deal with mosquitoes. These people should know!

Dawn and dusk is when mosquitoes are typically most active. 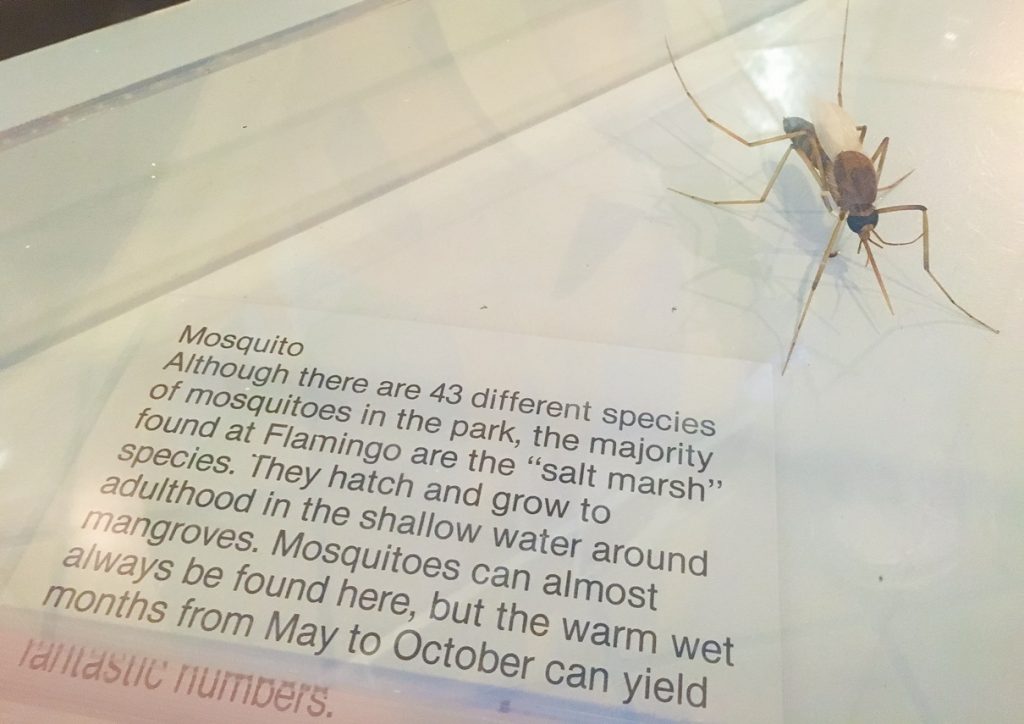 Windy days will keep the mosquitoes away. Pray for wind.

Bodies of standing water are mosquito breeding grounds. When we went to Eco Pond near Flamingo early in the morning to see what birds would be out, we were literally SWARMED by mosquitoes the moment we opened the door. They were hanging on every piece of clothing, buzzing our ears, all over my hands as I held a camera. We quickly ran back into the vehicle after trying to take photos for all of 2 minutes. 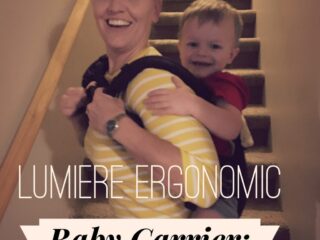 Lumiere All Seasons 360 Ergonomic Baby Carrier - A Review Of The Only Baby Carrier You'll Ever Need!
← Read Last Post 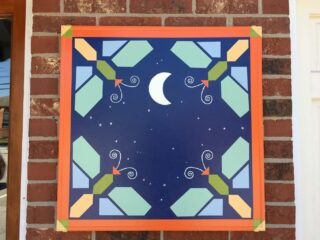 I am going fishing in Chocoloskee , this April with spouse and another couple and I am forever happy that I came across your article and experience regarding mosquitoes in the everglades. I will definitely take advice. Thanks again

Thank you! Have fun!!

Very informative, heading to Flamingo March 1st. Thanks for the insight.

Sorry, not for me.. dont need to see ,all the wildlife, im surrounded by it, here in stewart, fl. Not very many issues here.

Thanks, Guy! Hope you have fun! And bring LOTS of bug spray and even a mosquito net for your head. Trust us, it's worth it!

I know mosquito bites are no fun, but some of those signs were just too cute. Great info.