How to Protect Yourself from Alligators in Florida

How do you protect yourself from an alligator attack in Florida? It’s a question most are wondering after the tragic attack of a toddler by an alligator at Disney World. Are the waterways in Florida safe? What should Orlando and Florida area vacationers know? 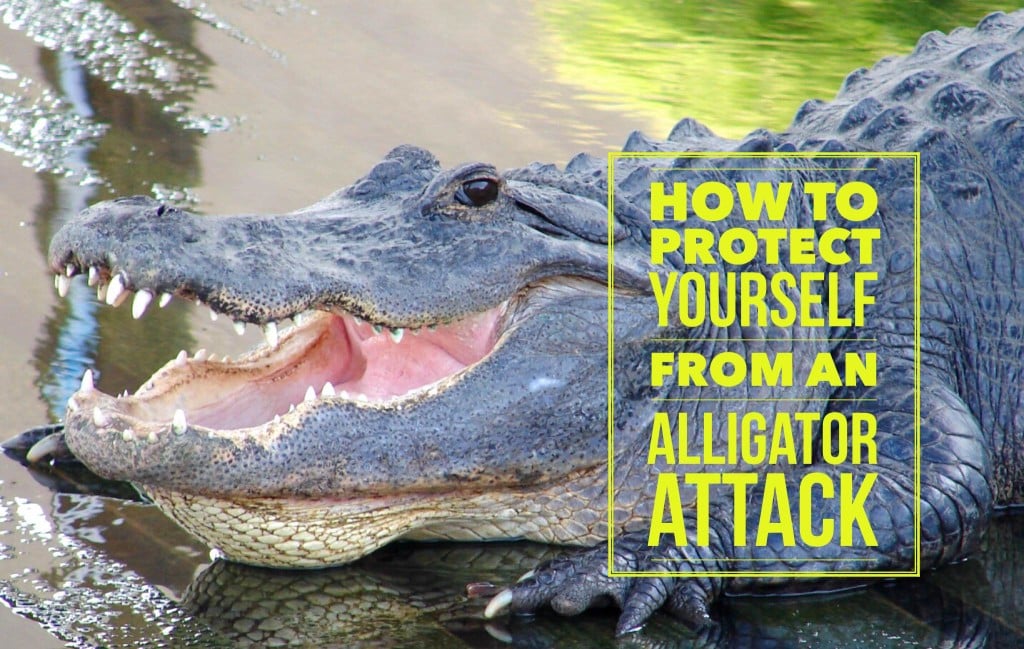 Alligators live in fresh and brackish (mix of salt water and fresh water) waters everywhere in Florida. EVERYWHERE. In all 67 counties. It does not matter if that water is in the great outdoors, a lake at a tourist attraction or resort, or if it’s the retention pond in your subdivision.

You should always assume that there are gators in any body of water in Florida.[tweetthis]There are estimated to be more than 1,000,000 alligators in Florida. [/tweetthis]

According to Florida Fish and Wildlife Conservation Commission (FWC), there are an estimated 1,000,000 alligators in Florida. Yes, that number is one million.

Especially in those ubiquitous retention ponds in subdivisions all across Florida. An important point to remember for family who might be visiting and staying with friends or family at their home in central Florida. Just because they are in a housing development does not mean that alligators aren’t housed there, too.

This is a problem in my own subdivision, where we have repeatedly seen alligators in those tiny retention ponds, either in the water or, more often, basking on the banks nearby. 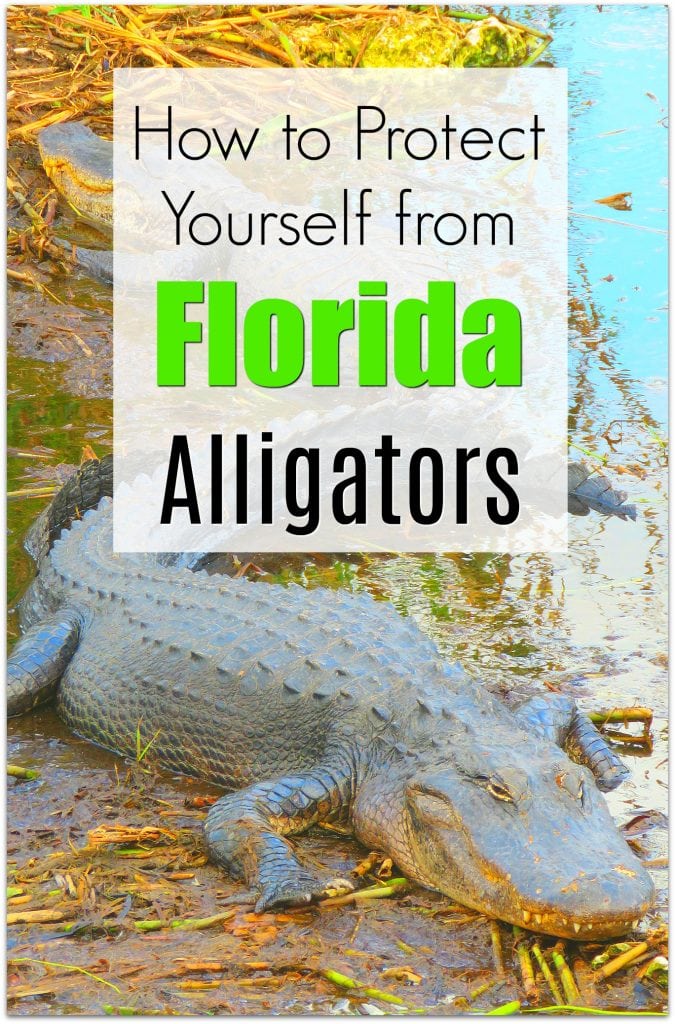 These gators don’t know that this is where children ride bikes on the sidewalk nearby, where pet owners walk their tiny dogs, where runners are getting in their exercise. These are wild, dangerous animals and this is where they have chosen to live. Sure, they can be removed. But that means that someone needs to spot one and/or have an encounter with one first.

[tweetthis]Floridians have 1 in 2.4 million chance to be seriously injured by an alligator attack[/tweetthis]

Alligators are naturally scared of humans, however they are wild animals hunting for food, so they’ll do what they got to do. Also, alligators that have been fed food by humans lose their innate fear and soon associate humans with food.

How To Safely See Alligators

In the Orlando area, there are lots of ways to safely see alligators for great photo opportunities – and to say you’ve seen a Florida gator. Here are some great ideas:

How to Protect Yourself From a Gator Encounter

Again, always assume that an encounter with an alligator is possible. Especially if you are near water, or if you are in nature and a body of water is relatively nearby. 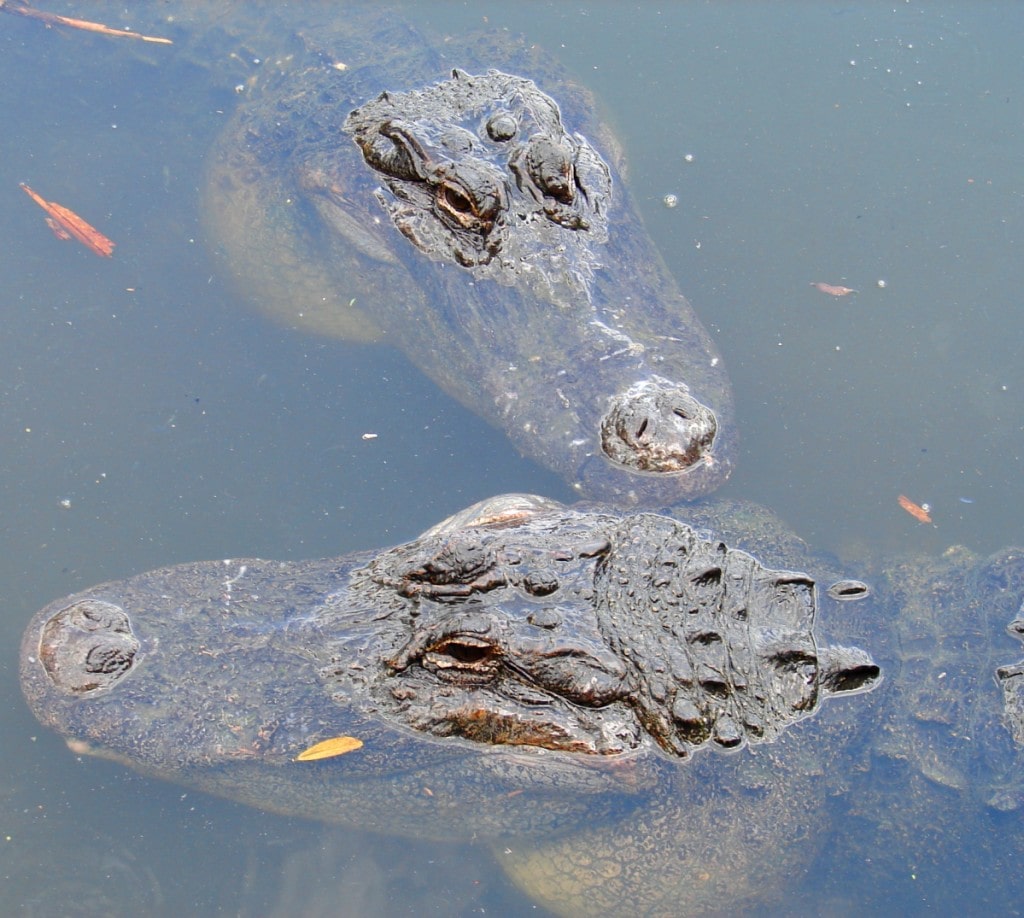 Scan the shoreline of any body of water for alligators, whether big or small, that could look like a rock or otherwise be hiding in plain sight.

Look all around to make sure that an alligator isn’t sunning itself somewhere on the banks.

Cast an eye on the water. Do you see a bulge in the water? Sometimes it’s just a turtle. But a lot of the times it can be an alligator head sticking up, with just the eyes visible. Or the backside of their tail. 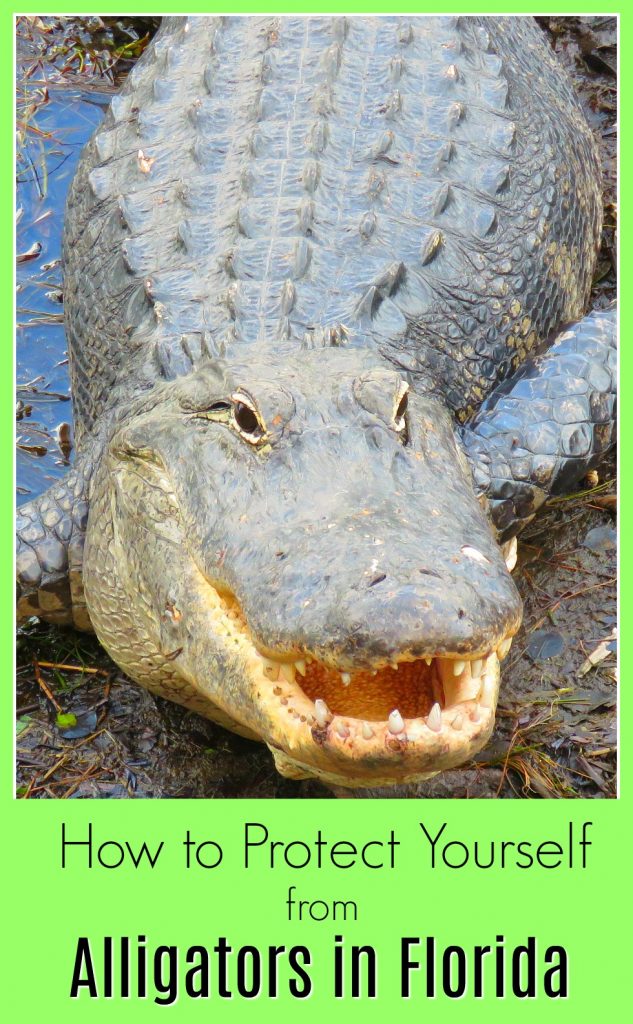 Do not allow children or even dogs to play at the shoreline of a body of water unsupervised.

No swimming signs and alligator signs are posted for a reason. They are not put up near bodies of water to keep you from having fun. They were posted because of a valid concern. 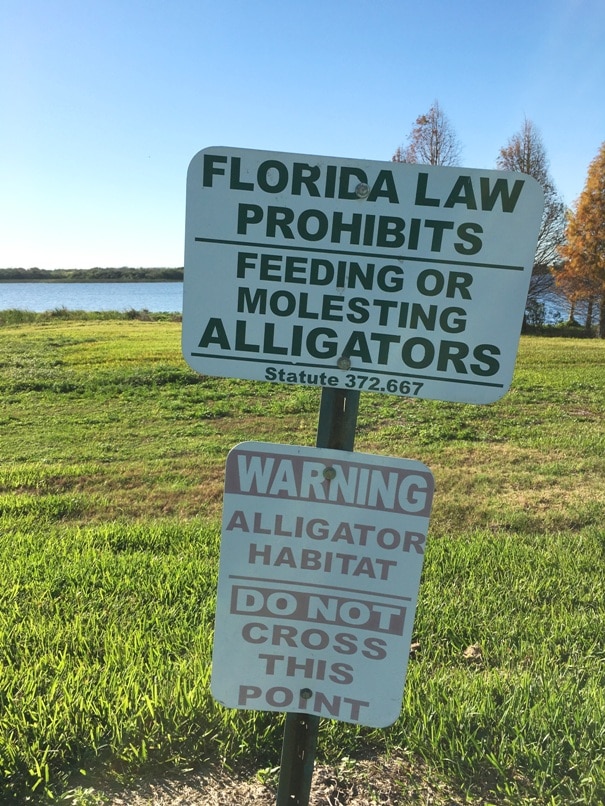 DO NOT – DO NOT – try to get close so that you can get a picture. Seriously. These are wild animals, no different than getting up close to a bison in a national park to get a photo. They attack and they charge at a moment’s notice. They are not audio-animatronics, they are not trained animals, they are not sitting there thinking, ‘Oh, this guy’s got a good camera lens and wants a photo so I shouldn’t suddenly turn around and attack.’

Being in Florida means that there could always be a gator in a random place. Residents have walked out onto their back porch to find one. They routinely walk through golf courses, though this one was unbelievable! It is not a common occurrence, but it’s not rare, either.

What To Do If An Alligator Attacks

Alligators don’t attack people as much as you might think.

There are about 7 unprovoked alligator attacks in Florida each year that are severe enough to warrant medical attention. 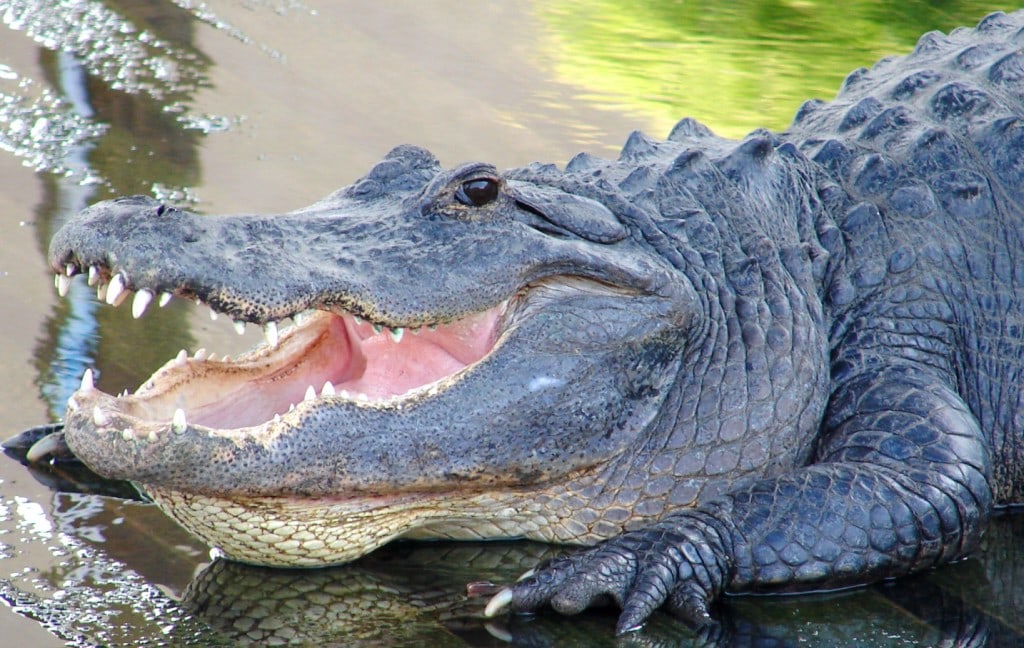 According to FWC, if an alligator attacks you, make as much noise and commotion as possible.

Hit the alligator or kick it – ESPECIALLY on the snout or in its eyes – the most sensitive parts on an alligator.

If bitten – even if only a slight bite – always get medical attention afterwards.

As a Florida resident, you have a one in 2.4 million chance to you would be seriously injured during an unprovoked alligator attack, according to FWC. 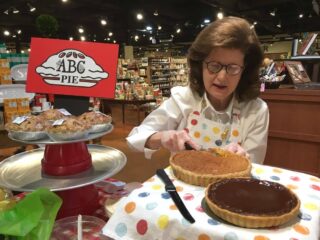 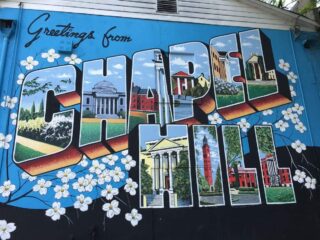 A Lady in Clearwater just had a gator break through her window and got in her kitchen at 3:30 am, why would that alligator do that when she had no pets? it was during mating season, could he have seen his reflection in the window?

How small an opening in a fence can a young alligator crawl through How big are they when they start moving around..?

@Ernie Groth, they can and have climbed fences.They are 3 feet long by their 3rd year. In their first year they stay close to the pods. Best advice don't assume they can't get in. If you live on or close to water don't let pets or kids out alone and always always check your surroundings before getting too far from a door

We’re Not sure on those specifics, Ernie.

From an old Florida Cracker...good article...should be required reading for all newcomers. You may want to add a note on how fast a gator can move for a short distance on land. Legend says they can run down a horse in a sprint...afraid a lot of folks under estimate their quickness..

Agree, Ron. Good point! Thanks for alerting everyone to the fact that though seemingly slow moving, alligators can move faster than you anticipate!