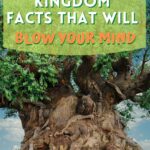 Disney’ Animal Kingdom is the fourth Disney theme park in Orlando, Florida and the biggest.  As with all of Disney’s theme parks and attractions, there are a lot of backstories, hidden secrets and trivia that are fascinating to guests.

Here are some things you may not know about Animal Kingdom that make it truly special.

1. The Backstory of Dinoland USA

Dinoland USA has a very interesting backstory. The theming of the area is two fold. That’s because Imagineers had the difficult task of portraying the remote wilderness of North America and at the same time, introduce dinosaurs into the park.

On one hand, there is an institute on a dinosaur dig site that conducts dinosaur research. On the other hand, someone built a wacky roadside carnival called Dino Rama. This is a great nod to American roadside attractions.

The carnival is an extension of a gas station near the institute. The owners, Chester and Hester, built the attraction to drum up business and cash in on the Dinosaur hoopla.

Meanwhile, the institute has a whole history of its own. This involves multiple quests for funding and buy-outs that resulted in a tech company taking over.

Most Disney backstories don’t have two completely different ideas like this. But put them together in Dinoland USA, and they work! 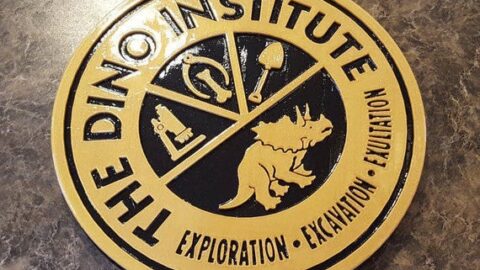 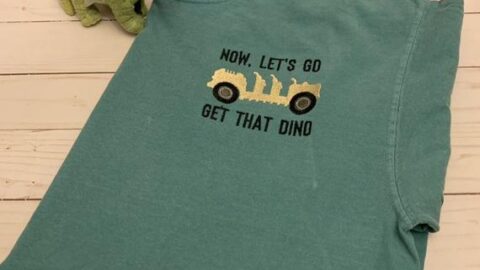 Let's go get that Dino T-Shirt 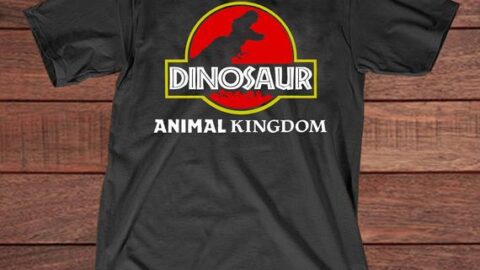 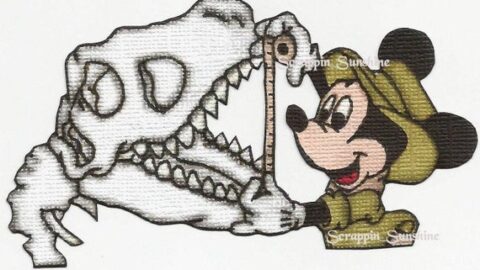 2. A Real Offshore Oil Rig in the Theme Park

The massive Tree of Life is a masterpiece in the center of Disney’s Animal Kingdom. The carefully sculpted tree bears images of all kinds of wildlife in the details of its trunk and branches.

The tree is not a real tree at all (even though it looks like one). It is actually an upside down oil rig repurposed as the iconic symbol of the park!

Cement and plaster are layered on top of the oil rig and carved to look like a tree trunk with animals engraved into it. 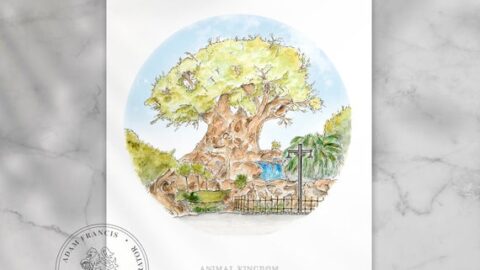 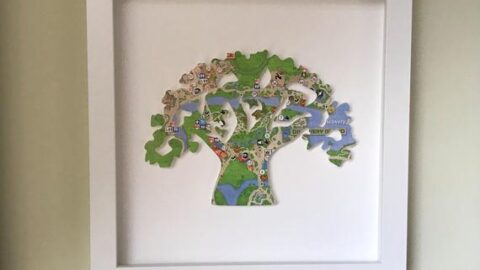 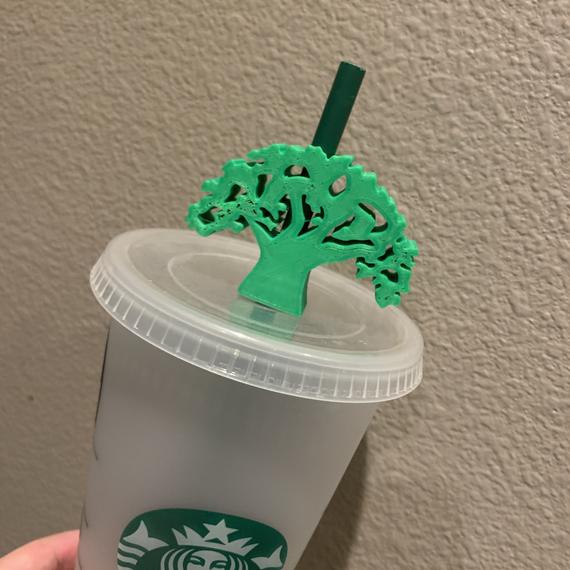 3. Was Never Meant to Open All at Once

Disney never finished Animal Kingdom the way they meant to. Wait, what?!?

Funding dried up and the most ambitious part of the theme park was left to languish. This section would later became Pandora, but it was meant to be dedicated land to mythological creatures.

When you take a real safari ride in Africa, you might not see any wildlife. Because you are truly in the wild.

However, at Disney World if you take a safari ride, you will see a host of animals! Disney implements tricks and techniques to get the animals to come closer to the trams.

These include hidden air conditioners and strategically located feeding areas that are also camouflaged.

Another good bit of info is that different animals are more visible at different times of day, so multiple rides will yield different experiences.

Animal Kingdom first opened Dinoland USA with a McDonald’s sponsorship. There were several references to the corporate sponsor that have since been removed.

However, one fun little secret still remains on the Dinosaur attraction. As you approach the loading dock, there is a set of three pipes overhead that stand out among the rest. They are red, yellow, and white, which is clearly important, but what does it mean?

Well, these pipes have the chemical compounds notated along them and these compounds are none other than ketchup, mustard, and mayonnaise. Yep, the same condiments that are plentiful on McDonald’s hamburgers.

In fact, you can see the Disney and McDonald’s partnership advertised in these vintage commercials that aired with the Grand Opening of the theme park. The quality is vintage, too, but it’s so fascinating to see these commercials!

Related Post: How to Get from Disney Springs to Disney’s Animal Kingdom

The theme park was officially opened on Earth Day, April 22, 1998. Conservation has always been at the heart of everything in the theme park.

9. The Name Has Changed

Early announcements of the Disney’s fourth theme park called it “Disney’s Wild Animal Kingdom.” Upon opening, the “wild” had been dropped from the theme park name.

10. They’re Not All Real Animals

Michael Eisner, when announcing Disney’s Animal Kingdom, called it a “celebration of animals that ever or never existed.”

Mythological creatures, such as unicorns, were once going to be a main part of the theme park.

11. Discovery Island Was the Beginning

Walt Disney World used to operate an 11 acre wildlife and bird preserve known as Discovery Island. It was on an island in the Seven Seas lagoon, near Disney’s Contemporary Resort.

While the island did stay open for a while when Disney’s Animal Kingdom first opened, it soon closed to guests.

12. So Many Cast Members

On opening day, there were 4,500 cast members for Disney’s Animal Kingdom theme park.

When we were working at Disney World before the opening of its fourth theme park, many cast members were trying to transfer to Disney’s Animal Kingdom.

Yes, they wanted to be part of opening a new theme park, which is rare. But also, there was the promise of the theme park closing when it got dark (as it used to do), which meant no more late hours of working. (That has clearly changed over the years.)

Approximately 250 species of animals are represented in a total of more than 1,000 animals.

You used to be able to buy animal poop snacks at Disney’s Animal Kingdom. Those were the days!

There’s more than 1,000,000 square feet of rock work in the park. To put it in perspective, that’s twice the amount of Mount Rushmore sculptures.

The first animal to be born at Disney’s Animal Kingdom was a kudu, a large African antelope.

There were 60 dump trucks of dirt brought to the construction site every day for two years straight! That equates to 4.4 million cubic yards of dirt.

In Discovery River, there’s a LOT of water! In fact, there is 27 million gallons of water. Which is equal to 1,800 backyard swimming pools of average size.

The Tree of Life has more than 103,000 artificial leaves. Each leaf is made with five-shades-of-green and they can actually blow in the wind, making it look like a very real tree.

Joe Rohde, the executive designer for the theme park who has since left Disney World to work for Virgin Galactic, had a team of seven Walt Disney Imagineers. They all circled the globe for research, traveling more than 500,000 miles. That’s a distance about the same as circling the globe 20 times.

22. Sculpting the Tree of Life

Ten artists and three Imagineers worked full-time for 18 months to create the 325 animal carvings on The Tree of Life. Sculptors had between six and 10 hours to create the finished image before the plaster hardened.

23. The Secrets of Pandora

The iconic floating mountains in the Valley of Mo’ara – there are 22 – peak at about 130 feet above the valley floor.

More than 4 million trees, plants, shrubs, vines, epiphytes, grasses and ground-coverings from every continent on Earth — except Antarctica — were planted.

A team of more than 60 artisans from the U.S., Peru, France, Portugal, Japan and Ireland contributed to creating the art-scape of the floating mountains on Pandora – The World of Avatar.

26. Getting Lots of Frequent Flier Miles

When creating Expedition Everest, Disney Imagineers went to great lengths to create an attraction rich in storytelling, authenticity and detail – even traveling to Nepal to research the region’s architecture and culture.

Expedition Everest, towering at nearly 200 feet high and occupying a 6.2-acre site, takes guests on a race thru the Himalayan mountains on a speeding train. It is one of 18 mountain attractions created by Walt Disney Imagineering at Disney theme parks worldwide.

The rutted road on Kilimanjaro Safaris is part of the landscape design. The Walt Disney Imagineering design team matched concrete with the surrounding soil, then rolled tires through it, and tossed stones, dirt and twigs into it to create an appropriately bumpy experience duplicating a remote African road.

30. A Childhood Affection for Animals

Walt Disney’s love of animals began when he was four years old and his family moved from his Chicago birthplace to a 45-acre farm in Marceline, Mo. There he helped take care of farm animals, and learned to draw pictures of his animal friends.

Nearly 40 Guam kingfisher chicks have hatched at Disney’s Animal Kingdom, significantly raising the world population of these birds. Currently, there are 145 of these birds in the world.

32. State of the Art Animal Healthcare

Disney’s Animal Kingdom is home to one of the leading zoo hospitals in North America, with an emphasis on advanced imaging, digital radiology, ultrasound and endoscopy. Disney’s Animal Kingdom is one of only two animal hospitals in U.S. zoos with computed tomography (CT) scanners on the premises. This has increased the team’s ability to quickly diagnose and treat animals at the hospital.

Since 1995, the Disney Conservation Fund has directed more than $70 million to 600 nonprofit organizations working with communities to reverse the decline of wildlife in more than half the countries in the world